On our winter adventure to Texas, we had two opportunities to try out boondocking. This common practice in the RVing community had intrigued us for some time, and our trip to Texas was the perfect time to experiment. We learned a number of things from the experience, including what not to do when boondocking. This is our tale that we lived to tell about. 🙂

What is boondocking anyways?

Great question! Boondocking, which is sometimes also called dry camping, is when you camp someplace without any hook ups–whether that be in a store’s parking lot or in a national park campground. Sometimes you boondock because you are passing through an area and you simply need a place, close to the highway, to pull over and sleep for the night. Other times you boondock in a federal park or wildlife area where you want to experience the wonders of nature apart from a congested campground.

For this post, we’re going to focus on boondocking in a national park. (If you missed our earlier post about boondocking in urban settings click here.) 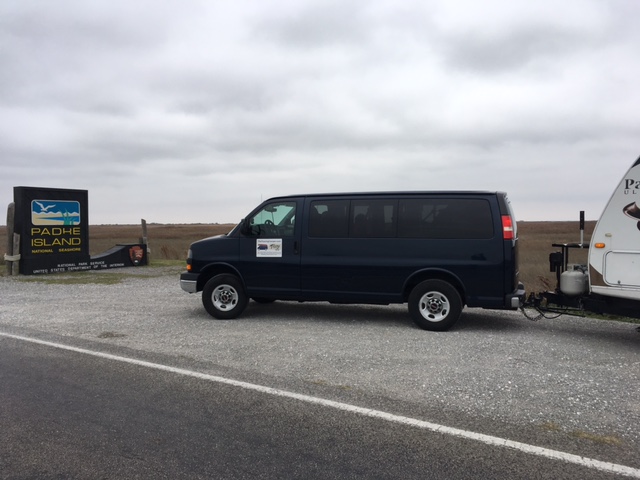 We arrived at Padre Island National Seashore on Jan. 6, which also happened to be my 35th birthday. We had hoped to spend two nights celebrating by enjoying the balmy beach coast–one of my favorite places to be!–but it quickly became apparent that things weren’t going to go as planned. Much of the nation was experiencing extremely cold temperatures–and even Corpus Christi, Texas, was not immune. As the wind whipped around us, we bundled into winter coats with hoods drawn tight and mittens on!

No matter, we thought: We have two freshly filled propane tanks to keep the camper’s furnace running, and two camper batteries to keep us powered. You keen readers may notice here that any mention of us also having a generator is absent. That’s because we didn’t have one since we thought we could survive without it for two days–with just those two propane tanks and two batteries. I know, I know: You’re probably laughing at how naive we were. 🙂 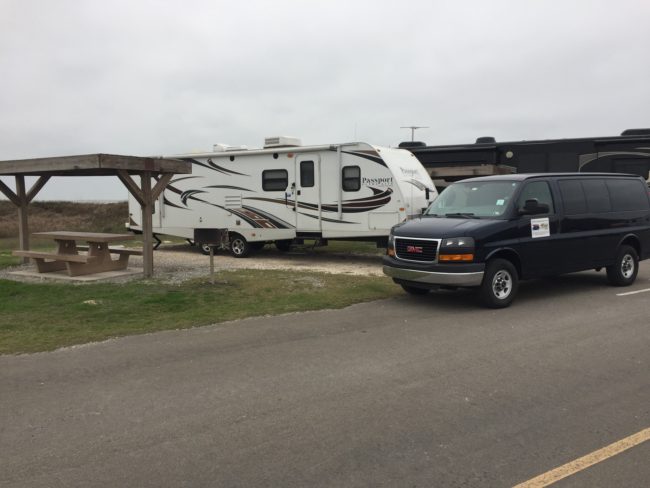 That night the temperatures dipped into the 30s, but the blustery wind made it feel like 15 degrees! It was so windy that our camper was rocking at points. 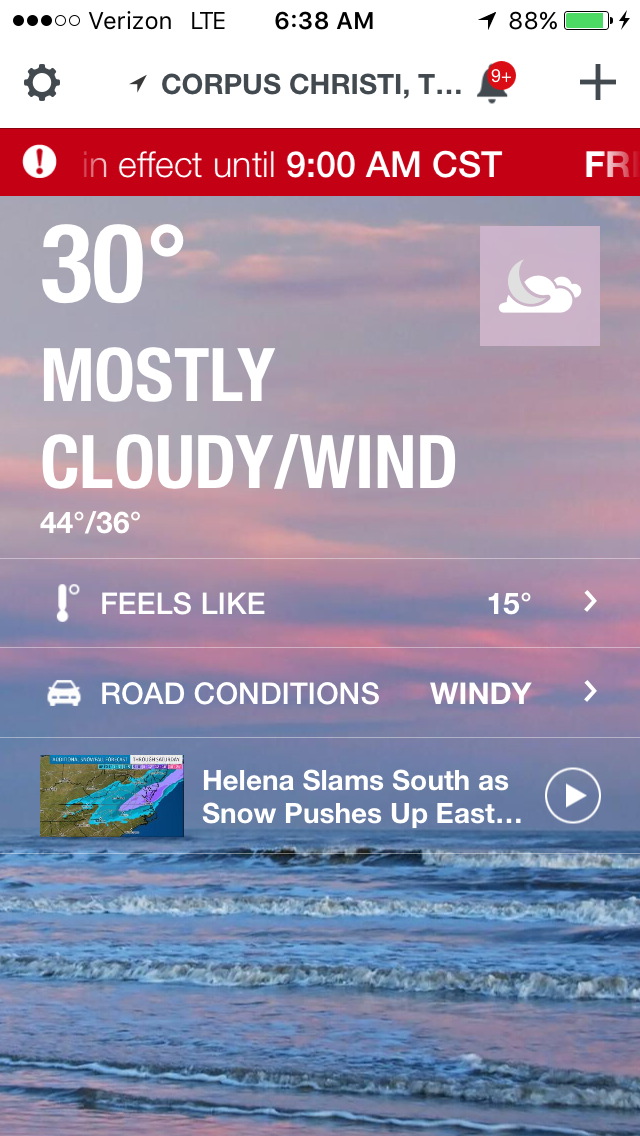 Normally under such cold conditions we would run electric space heaters to help keep the camper at a consistent warm temperature. But alas, we were boondocking with no electric connections in sight.

So we put the kiddos to bed in their warmest pjs and covered them up with their fleece blankets. It was shortly after the kids were in bed that Jarrett realized a strategic problem. Although our camper furnace runs on propane, the system’s fan runs off battery power. We suddenly realized that at such low temperatures, the furnace would be working overtime all night–which meant that little fan would be running almost non-stop and very quickly drain our battery.

Keep in mind it’s now pitch black outside–under normal conditions this would have been an awesome star gazing spot!–and the real-feel temperature is in the teens. In an attempt to preserve our battery life as long as possible, we dropped the temperature on the thermostat and then climbed into bed to stay warm–praying all the while that our battery and propane supply would hold out until morning.

Eventually we fell asleep to the howling wind and drone of generators. But around one in the morning we awoke to the clicking of the furnace: Our first propane tank was empty and a check on the control panel soon revealed the battery was nearly dead. Jarrett bundled up and donned a headlamp to go switch propane tanks and batteries.

Around 5:30 that morning we awoke again, this time to the sickly sound of the furnace fan. With our second battery running dangerously low our first thought was to get the slideout in before we lost all power. We sprang into action, dragging sleepy children out of bed, hurriedly dressing, and then piling into the car with the promise of a warm breakfast at Cracker Barrel.

Over coffee and pancakes we made a plan for what to do next, since staying a second night at Padre Island was clearly out of the question. So after breakfast we stopped in at the nearby Mustang Island State Park to reserve an electric campsite. We then swung back to Padre Island to pick up our camper, and before lunchtime we were happily parked and plugged in. (We did have to go find a propane filling station however. 🙂 )

Since that crazy night, many people have asked us, “Will you ever do it again?” The simple answer is “Yes.” Although the campground sites at Padre Island weren’t as nice as many places we’ve camped, you can’t beat being able to fall asleep to the crashing of the waves when your camper is parked only a boardwalk away from the beach. And for $8 a night at Padre Island, the price was certainly right. But our future boondocking endeavors at Padre Island or elsewhere will have to meet certain conditions–the first of which is purchasing a quiet and light generator. I suppose we could manage without the generator if we were boondocking during warmer months–and thus there’s no need to run the furnace. But before we start booking more national park campgrounds, we’ll need to do some more research (and budgeting!) for a generator. We’ll also be more careful about when we choose to rough it again: Boondocking and frigid temperatures don’t go well together.

But with a view like this, I’m sure you can see why we’re plotting a return:

Hopefully our experience not only kept you entertained but also gave you a few pointers on what NOT to do when boondocking. If you missed our earlier post about boondocking tips for urban settings (like Walmart and Cracker Barrels) you can learn more by clicking here. And don’t worry: Our city experience went much better. 🙂

For many families making their rounds of the Utah 5 National Parks, a visit to Bryce Canyon is a highly anticipated stop. With its sweeping vistas and spectacular hikes, Bryce offers something for everyone. But with most of the camping options concentrated immediately around Bryce, families that want to escape the crowds and explore Bryce END_OF_DOCUMENT_TOKEN_TO_BE_REPLACED

For many families planning a trip to the Utah region, their itineraries often center on hitting the high points of iconic stops like Grand Canyon, Zion, Bryce, and Arches. Several lesser-known parks are also worth the stop, though, and for families looking for ways to escape the crowds, Cedar Breaks National Monument should be on END_OF_DOCUMENT_TOKEN_TO_BE_REPLACED