If you’ve spent any amount of time following us–whether here on The Touring Camper blog or over on our social media channels–you probably couldn’t help but notice the lack of pictures of our three kids. The few pictures of them that we do put up are usually of their backs or they have their face obscured in some way. You probably have also noticed that we don’t use their real names on the website. And I’m sure by now you’ve figured out that this is all intentional. 🙂 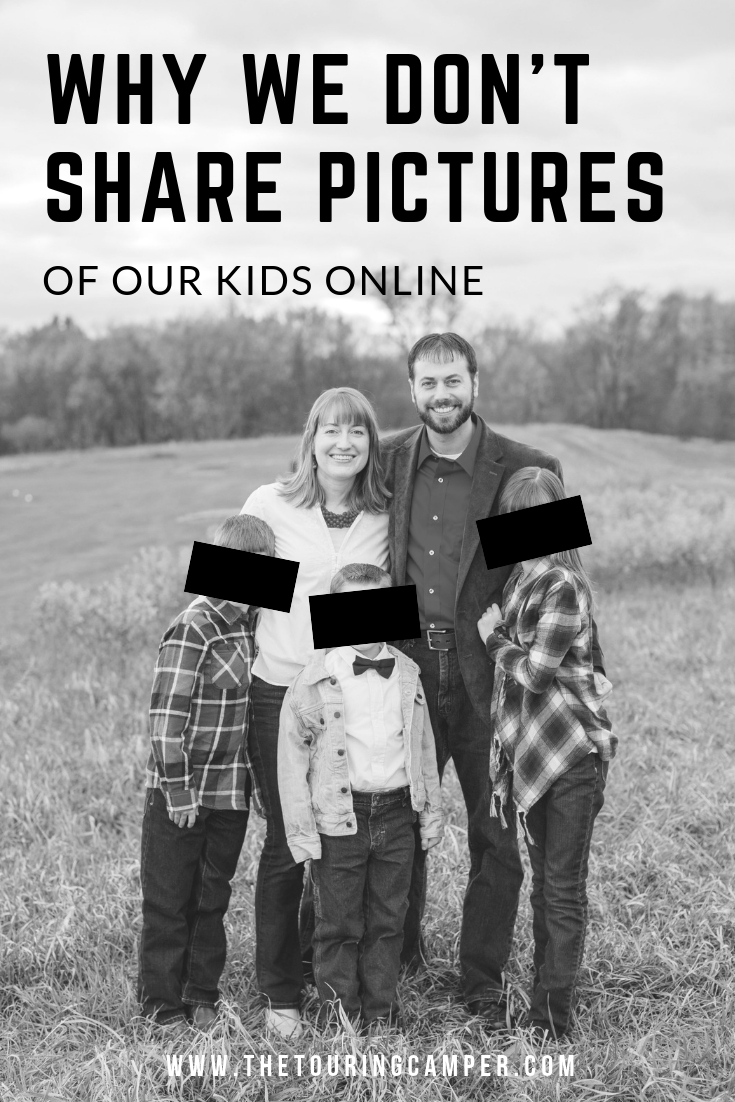 This post has been a long time coming. For the last four years I’ve avoided writing it because it’s a touchy topic about an extremely personal decision that every family has to make for themselves–whether they have a blog or not. And it’s a decision that will look different for each family.

It’s not that we don’t want to share our three incredibly adorable and delightful children with you. Because there have been so, so many times we wanted to. But when Jarrett and I launched this website four years ago, we intentionally made the decision not to make our kids a recognizable part of The Touring Camper. At the time that was partly because we were approved foster parents attempting to adopt an older child, and we couldn’t share pictures of her online–thus not sharing any of the kids faces or names just made things simpler. (That situation is a long story that sadly ended when the court decided to return her to her biological family.)

We were also reluctant to share photos of our children in such a public way due to concerns we had about complete strangers knowing their names, faces, and other personal information that could put our children in a compromising position. But ultimately, the reason we have limited what we post of our children is that we wanted to guard their privacy until they were old enough to decide for themselves how much of “them” they want to share with the online world. 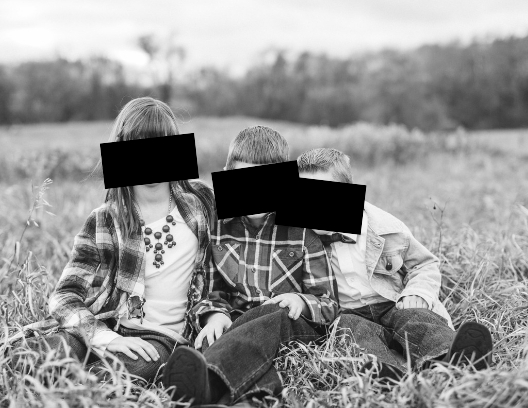 For our family, this has been the right decision. But that doesn’t mean we think parents who post pictures of their children are making the wrong decision for their family. In fact, we love following the adventures of so many families who share pictures of their beautiful children as well as anecdotes about family life. Less Junk More Journey, The Mayes Team, Crystal Paine at Money Saving Mom, and Ann Voskamp are just a few of the names that come to mind.

Ultimately, each family must decide for themselves what route to take. If you are grappling with how much of your children to share online, you might want to listen to a podcast Young House Love released last year dedicated to this topic. John and Sherry used to share pictures of their children on their incredibly successful blog, but then an encounter with a well-meaning fan gave them pause. Nowadays they are taking a much more conservative approach to what pictures they share online of their two children. They interviewed several bloggers who all approached this topic in different ways, and they had a lot of great food-for-thought for both sides of the fence.

Additionally, here are some other resources related to the subject:

What to expect at Art of the Brick
Alum Creek State Park, Delaware, Ohio

For many families making their rounds of the Utah 5 National Parks, a visit to Bryce Canyon is a highly anticipated stop. With its sweeping vistas and spectacular hikes, Bryce offers something for everyone. But with most of the camping options concentrated immediately around Bryce, families that want to escape the crowds and explore Bryce END_OF_DOCUMENT_TOKEN_TO_BE_REPLACED

For many families planning a trip to the Utah region, their itineraries often center on hitting the high points of iconic stops like Grand Canyon, Zion, Bryce, and Arches. Several lesser-known parks are also worth the stop, though, and for families looking for ways to escape the crowds, Cedar Breaks National Monument should be on END_OF_DOCUMENT_TOKEN_TO_BE_REPLACED