Over Labor Day weekend we took refuge from the heat wave and headed to Pittsburgh’s Carnegie Science Center where we explored Nathan Sawaya’s Art of the Brick. I have to admit I had never heard about this guy who creates and recreates works of art, all from a simple child’s toy: Legos. And we’re not talking small projects either. His works involve literally THOUSANDS of Lego pieces. From the Mona Lisa to Michelangelo’s David, it is amazing what Nathan has created from a little building block that I find littering the floors in my house.

But what I think I loved the most about this exhibit is the message it sent to parents and children about how you can create from the things you already have at home: “I use Lego in my art because the toy is accessible. Chances are you probably don’t have a slab of marble or a ceramic kiln at home. But I bet you have some Lego bricks.”

He also sees his creations as a way to teach: “I first learned adjectives through School House Rock. I learned how to count to ten through Sesame Street. I learned about gravity through my Slinky. Imagine if a child learns about art history through LEGO!” 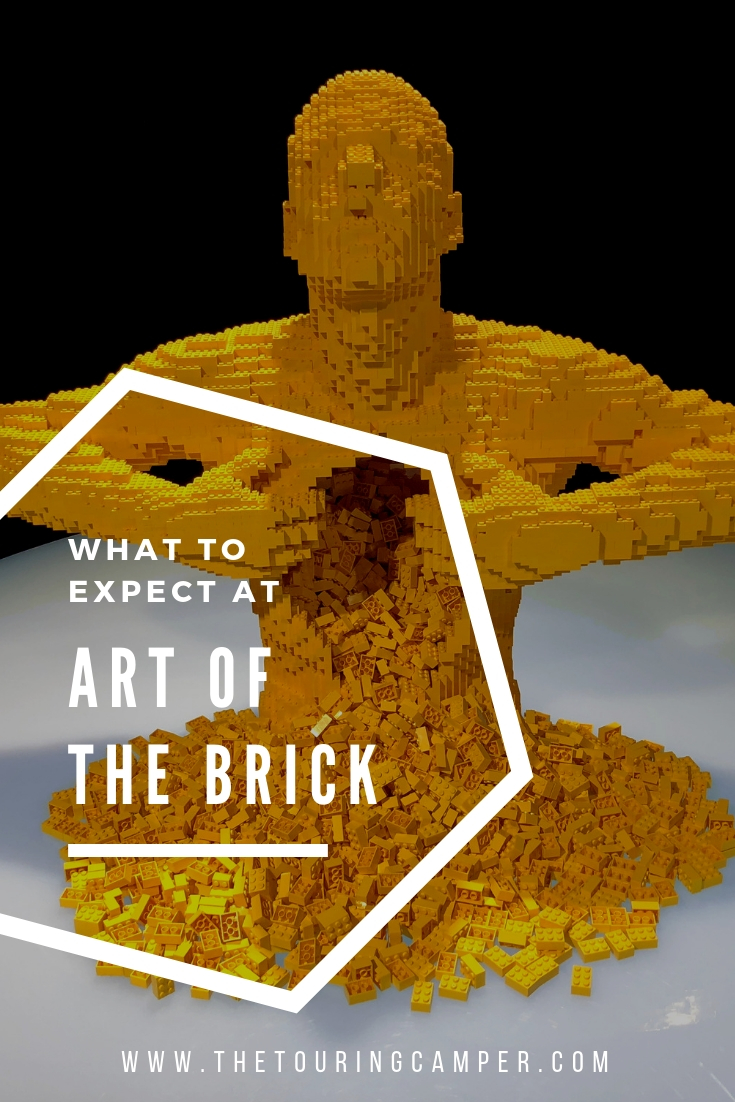 The Pittsburgh exhibit began with a short film wherein Nathan Sawaya introduces his collection. From there the visitors are led into the first section of the exhibit, which showcases his Lego versions of famous paintings like the Mona Lisa, Starry Night, and the Scream. Sawaya has used a variety of brick types to recreate pixelated, 3-D versions of the masterpieces. Up close the pictures appear to be just a colorful assortment of Legos, but step back and the pictures come alive. 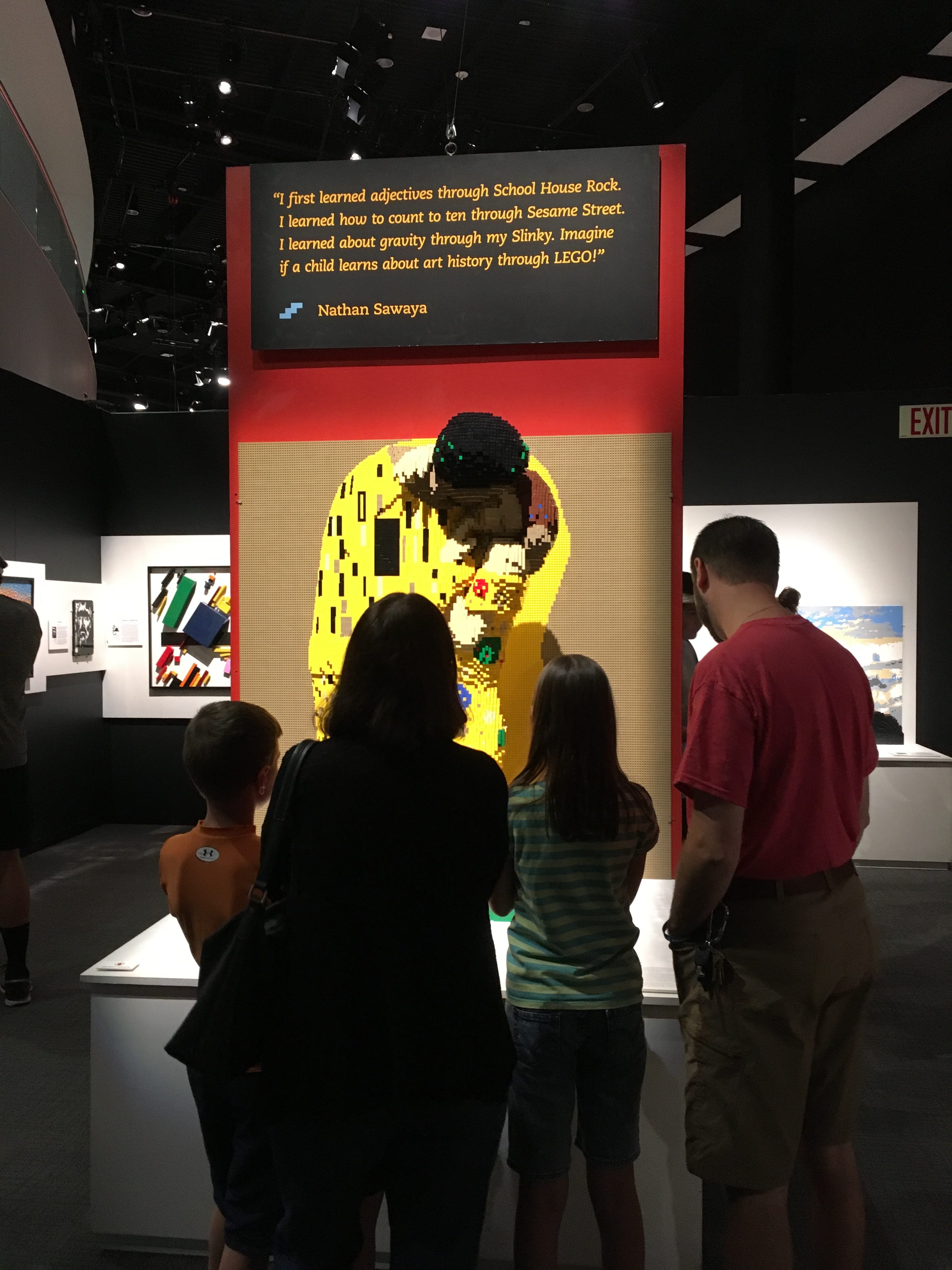 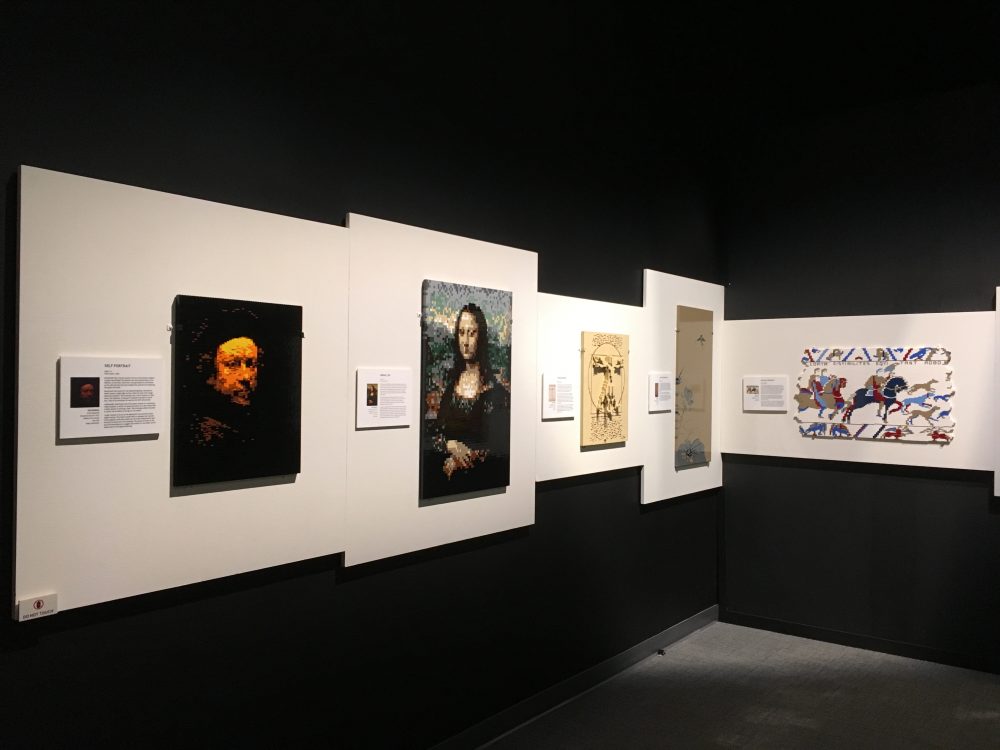 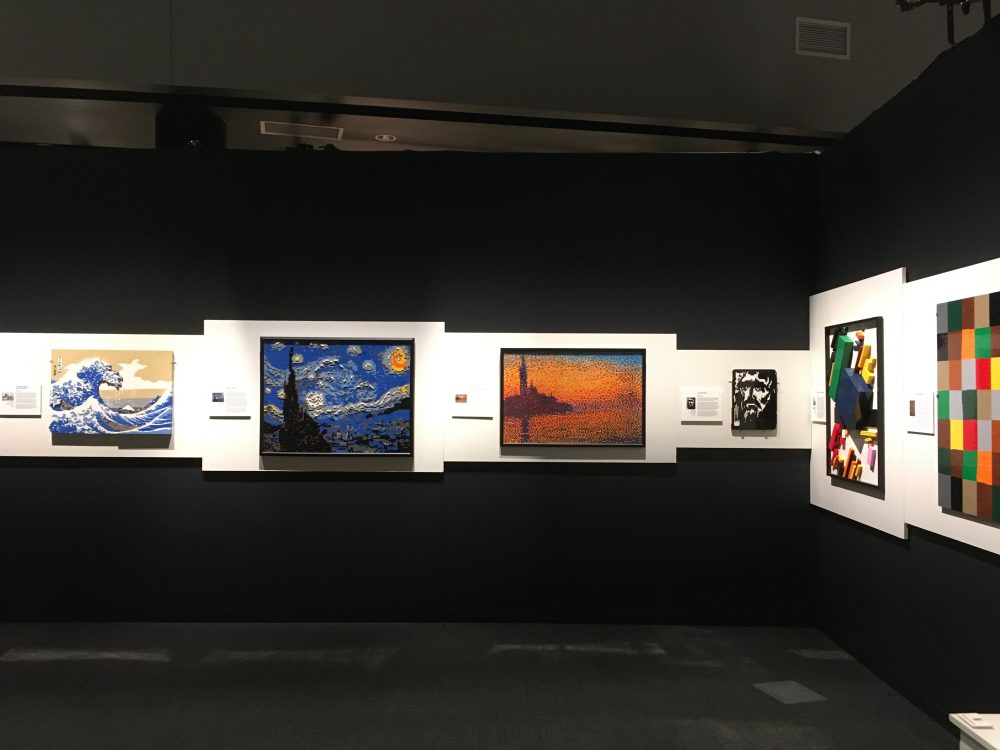 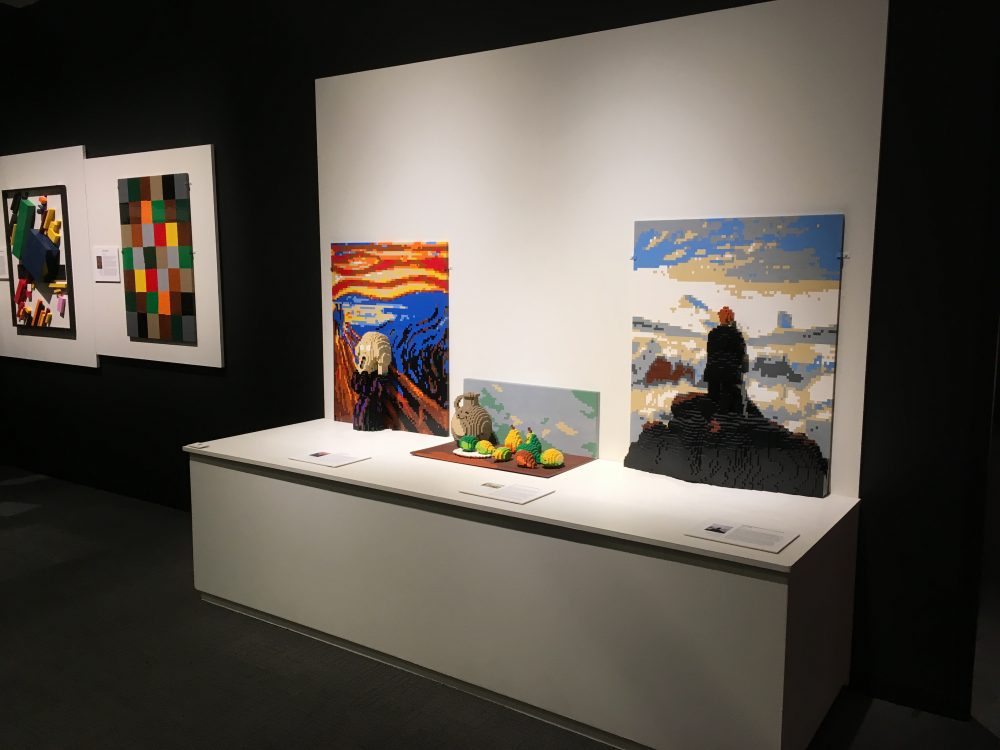 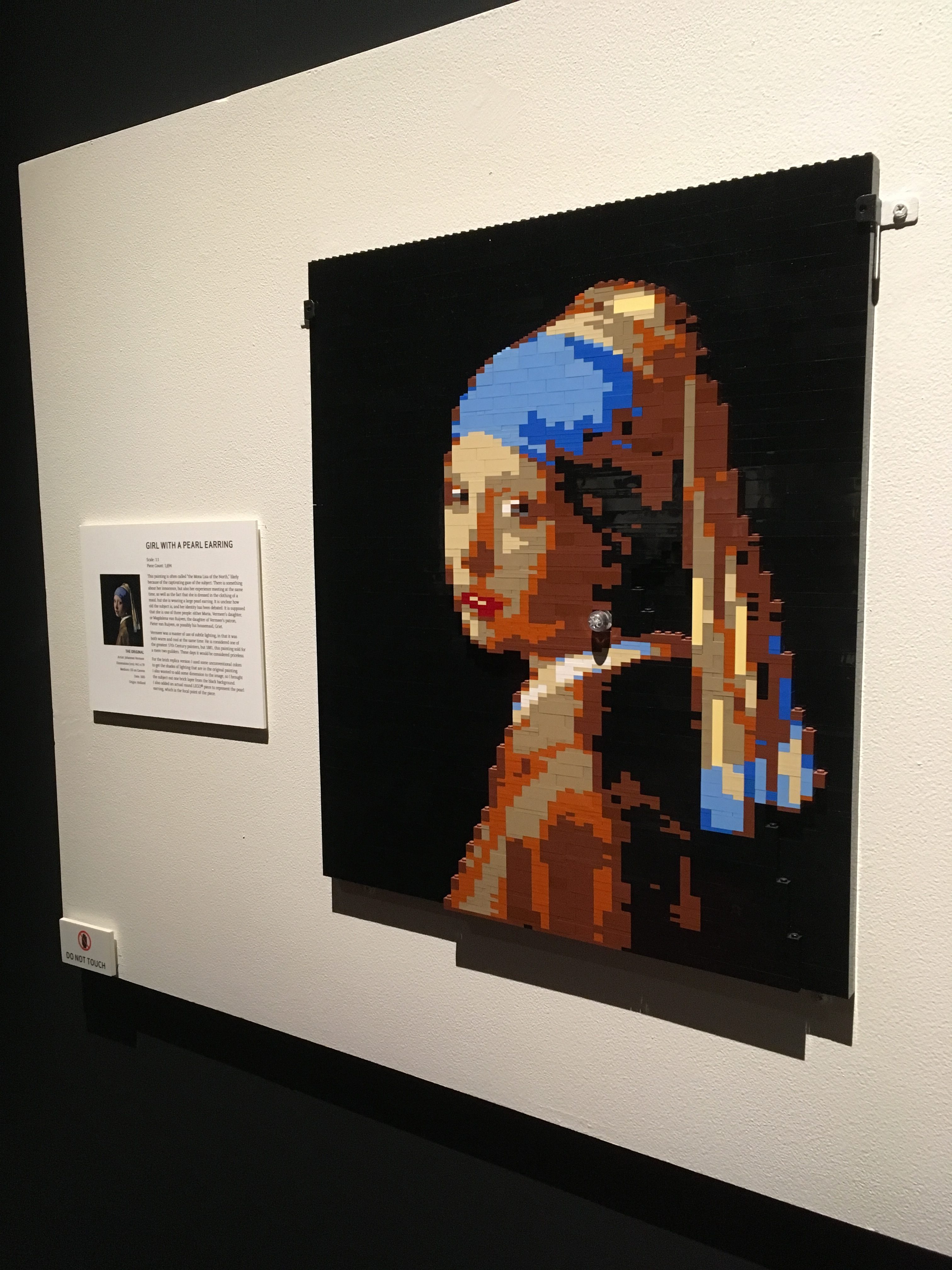 The next portion of the exhibit featured Lego statues of famous works, such as Degas’ Little Dancer, Michelangelo’s David, and even an ancient pottery example. 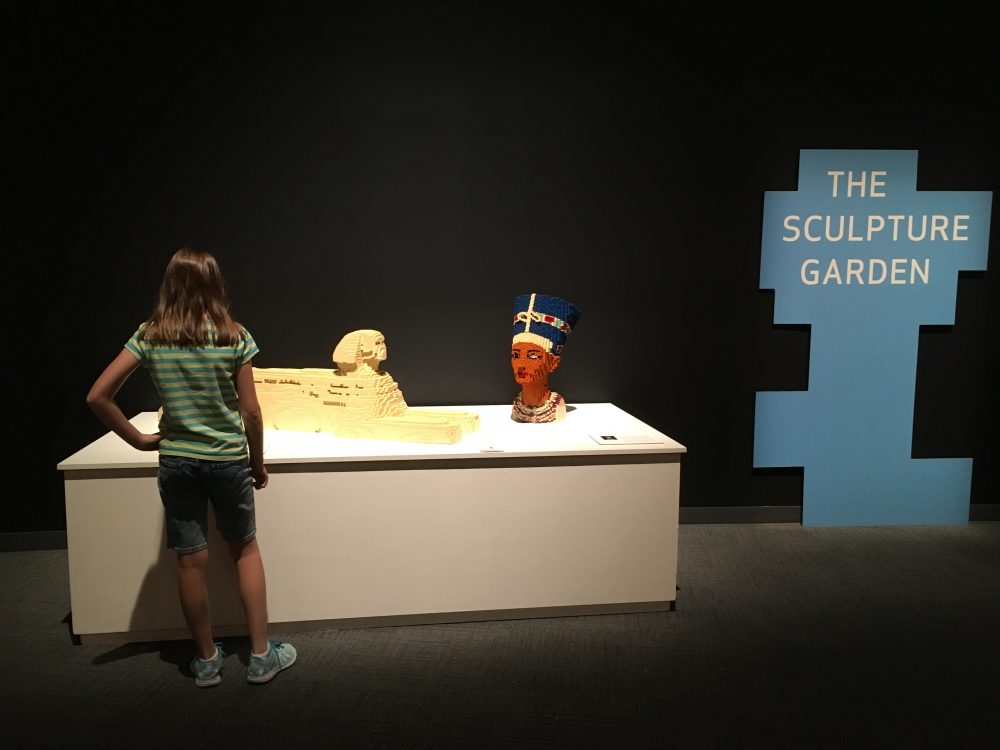 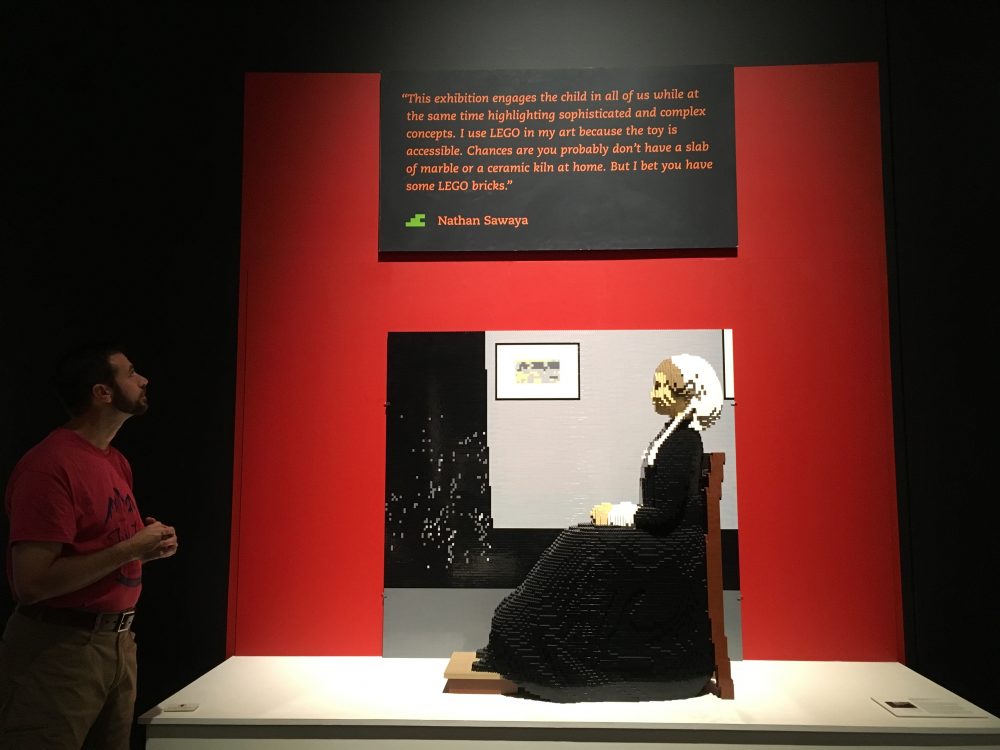 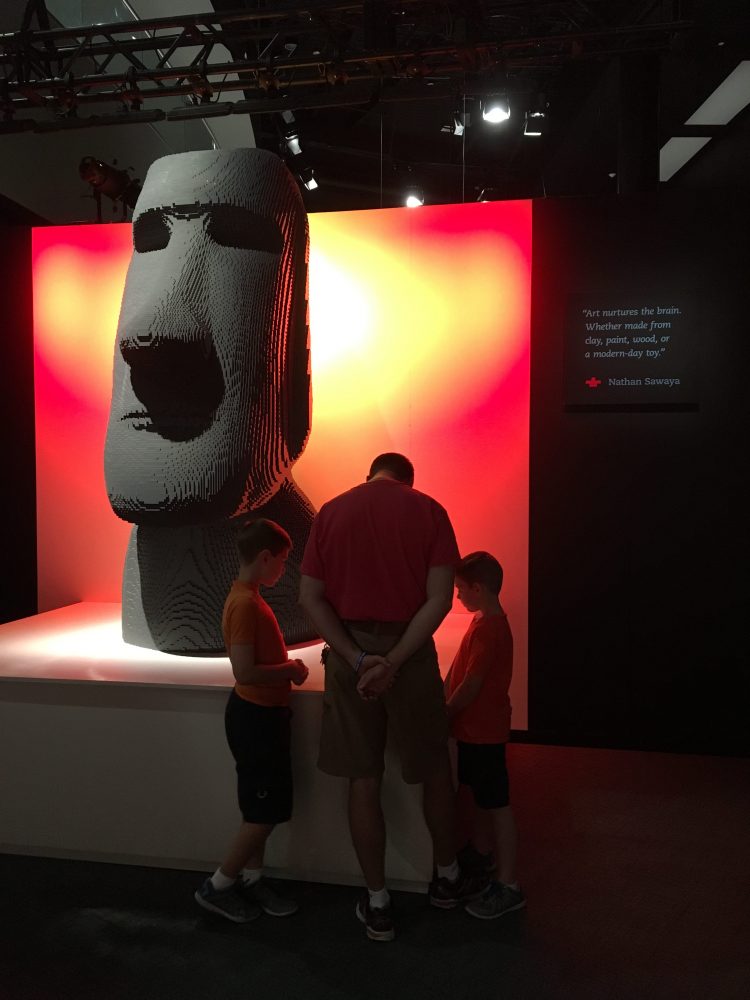 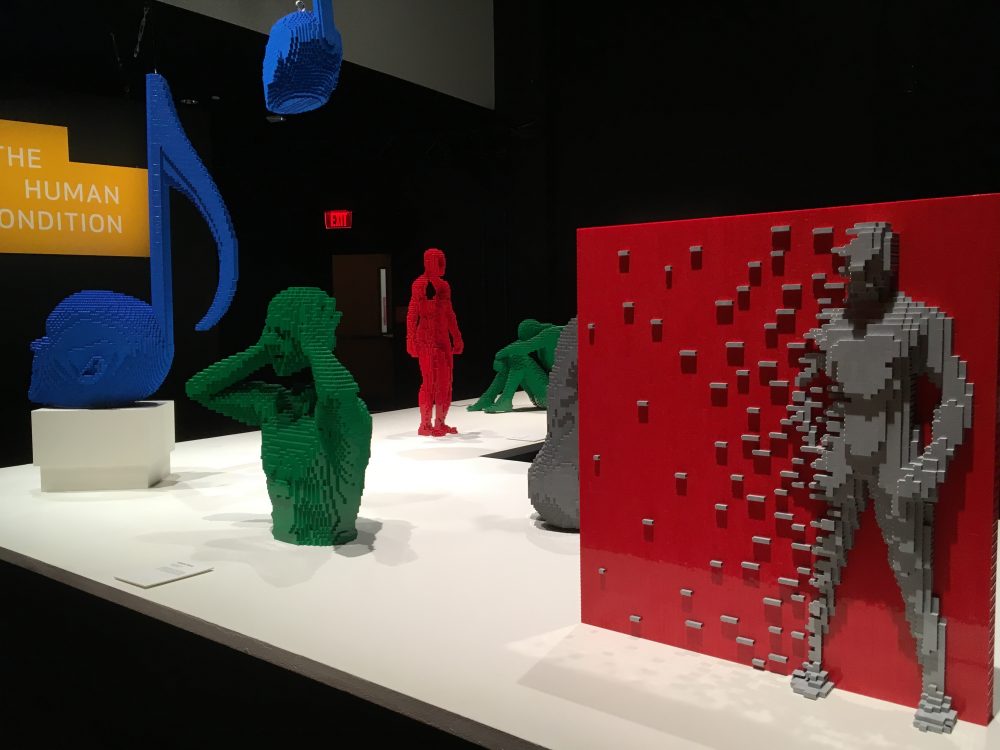 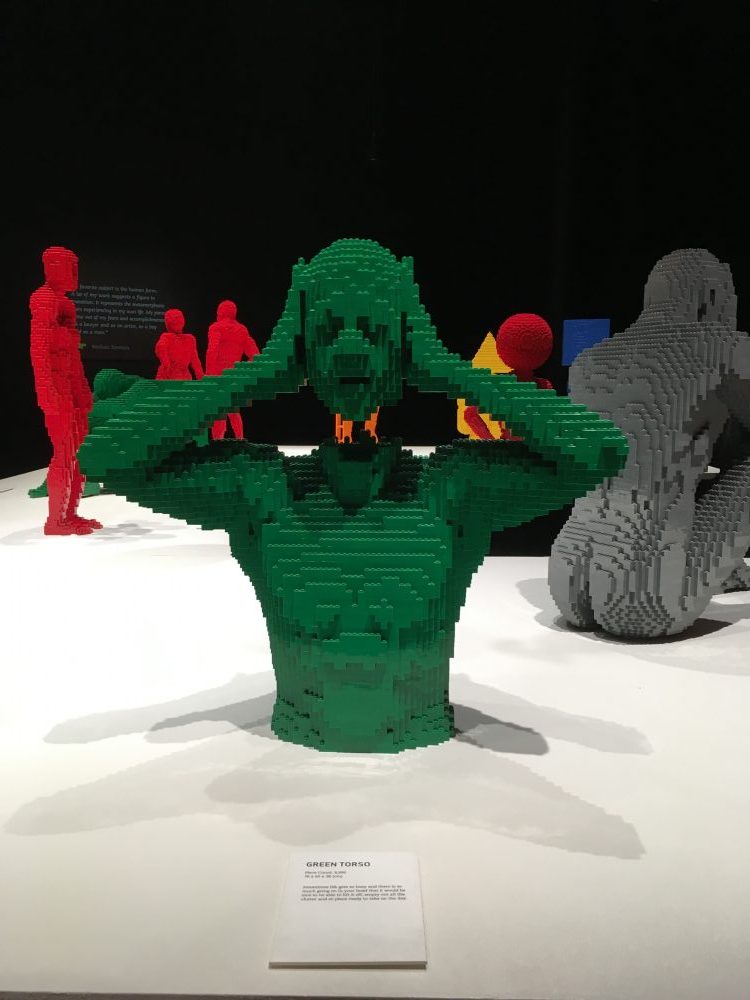 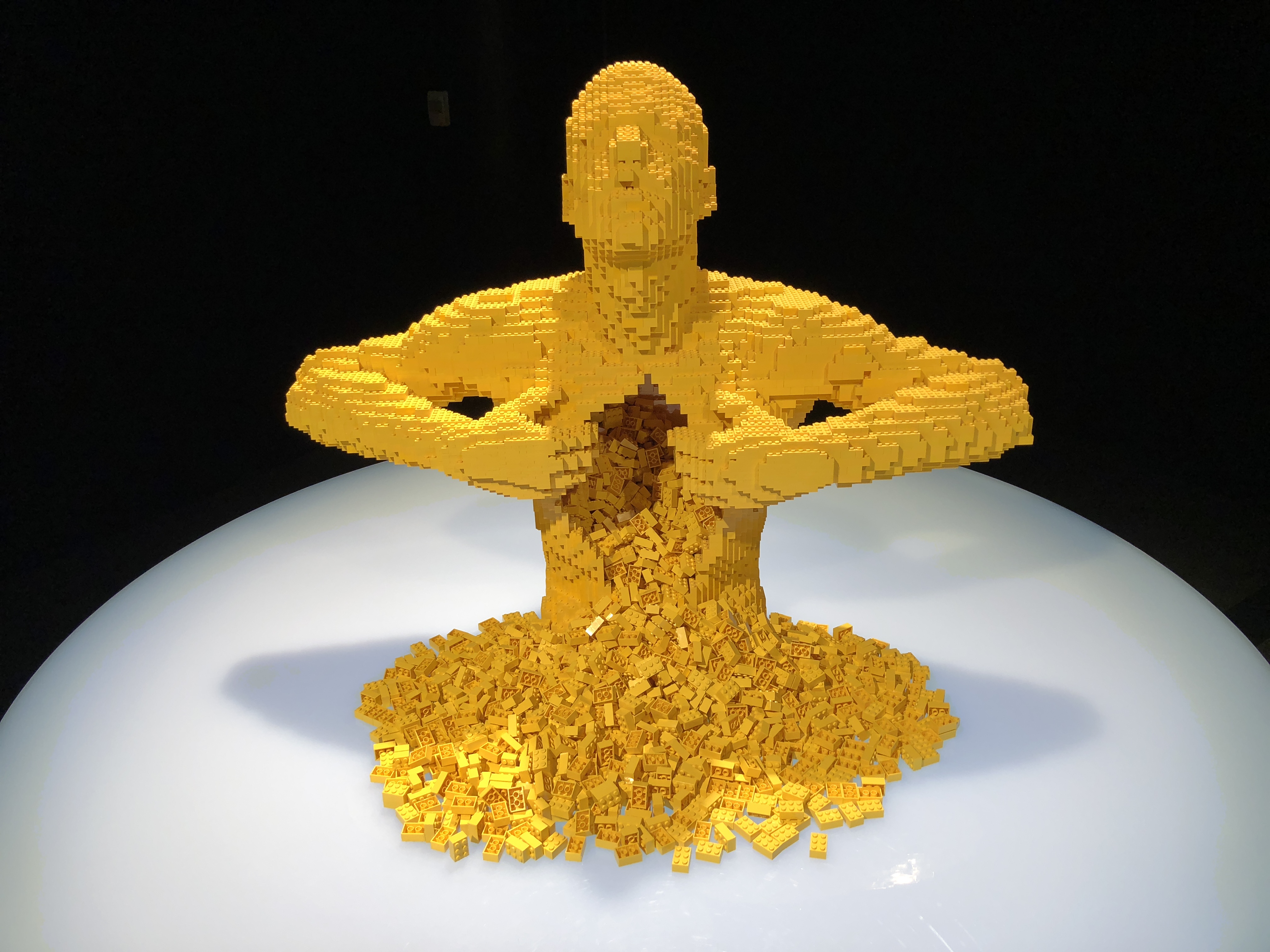 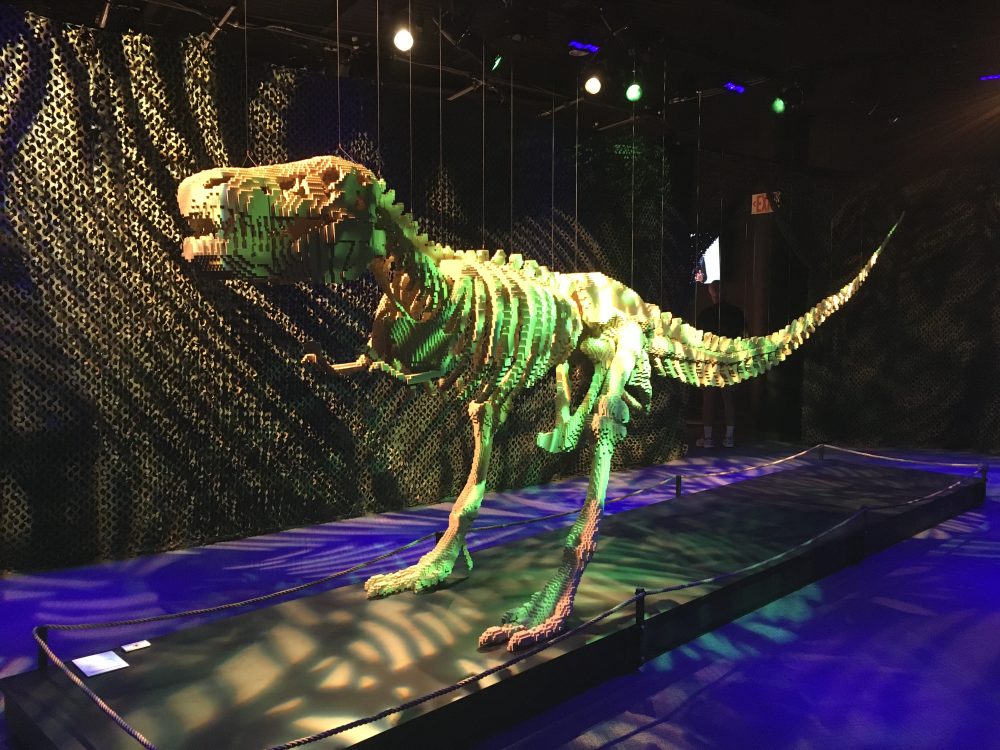 The final part of the exhibit will be a welcome sight for parents of young children who may have lost interest in the art gallery by this point—even my 7-year-old was getting a bit antsy waiting for the adults to finish reading the various placards. The creators of the Art of the Brick display did a nice job of setting up a hands-on area where kids (and adults!) can challenge themselves to re-imagine a pile of Lego building blocks into something new just like Nathan Sawaya has done through his art work. Each station offers a different project: At one table children could build a race car and then test it out on a timed track. At another they could create a marble maze. One station featured a platform where kids could arrange bricks in various patterns to create musical tunes. And for the youngest visitors, a few tables of Duplos were also provided. 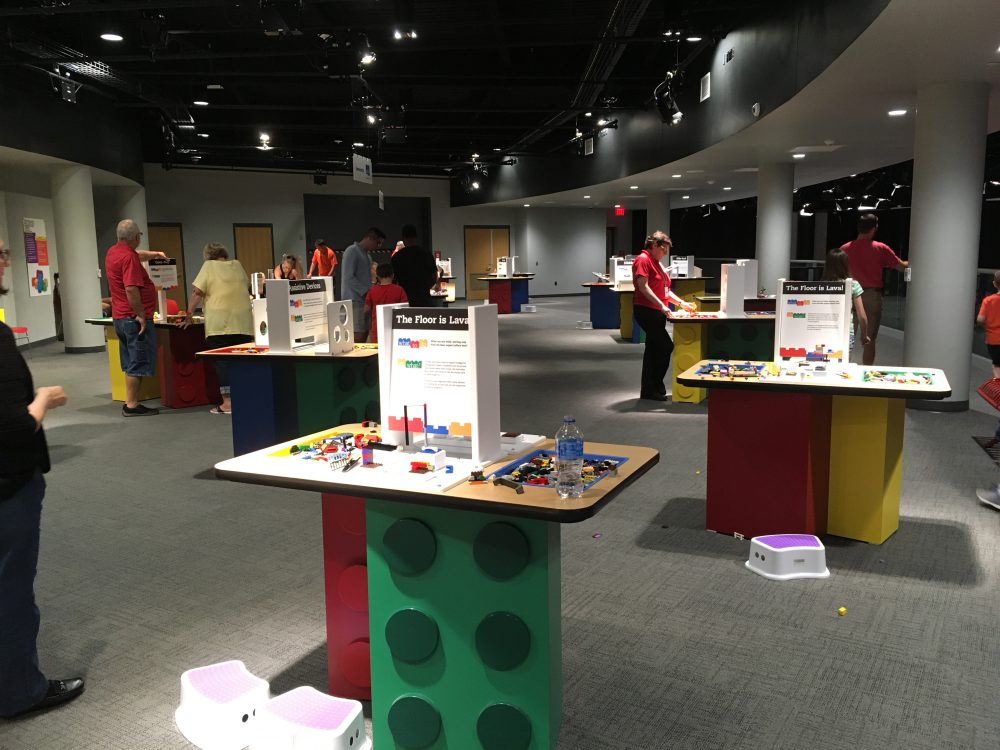 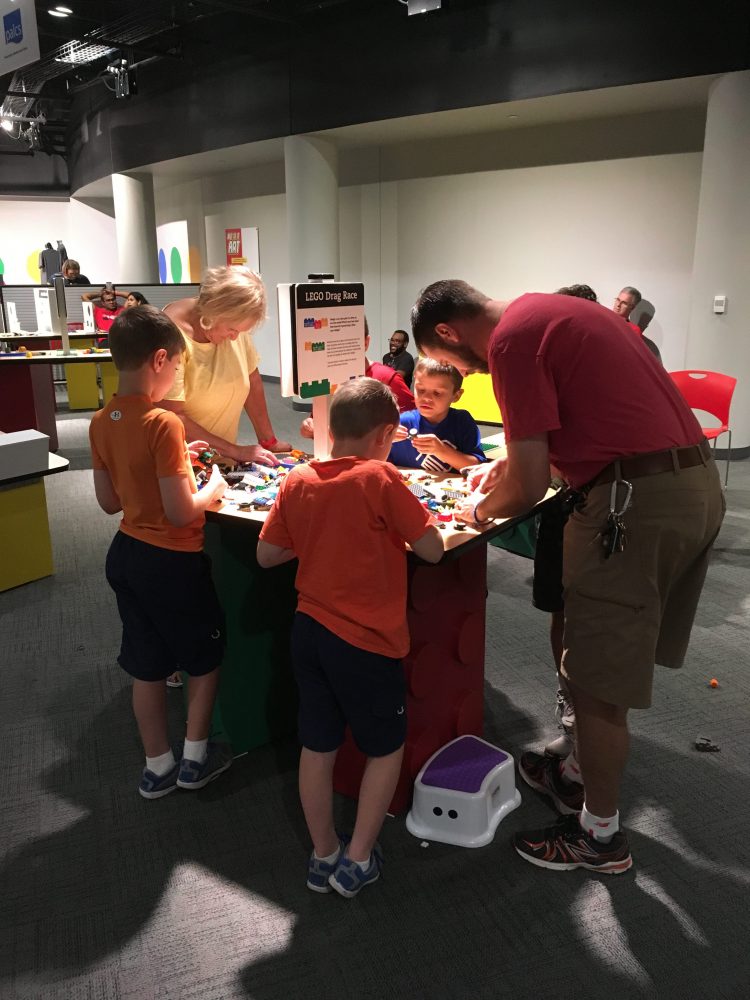 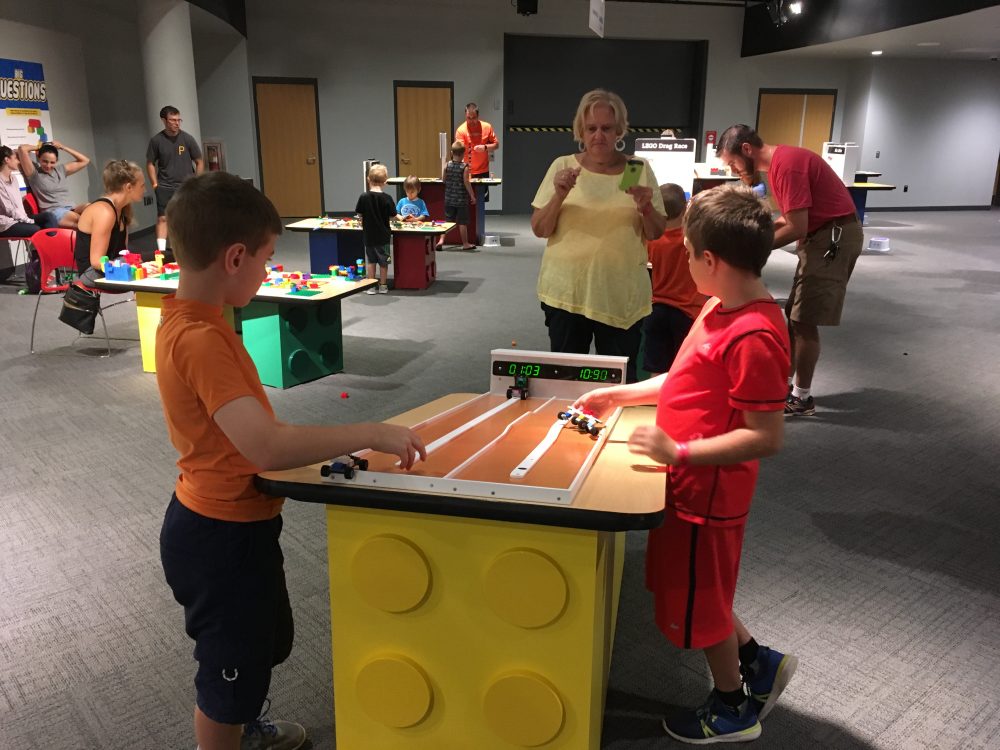 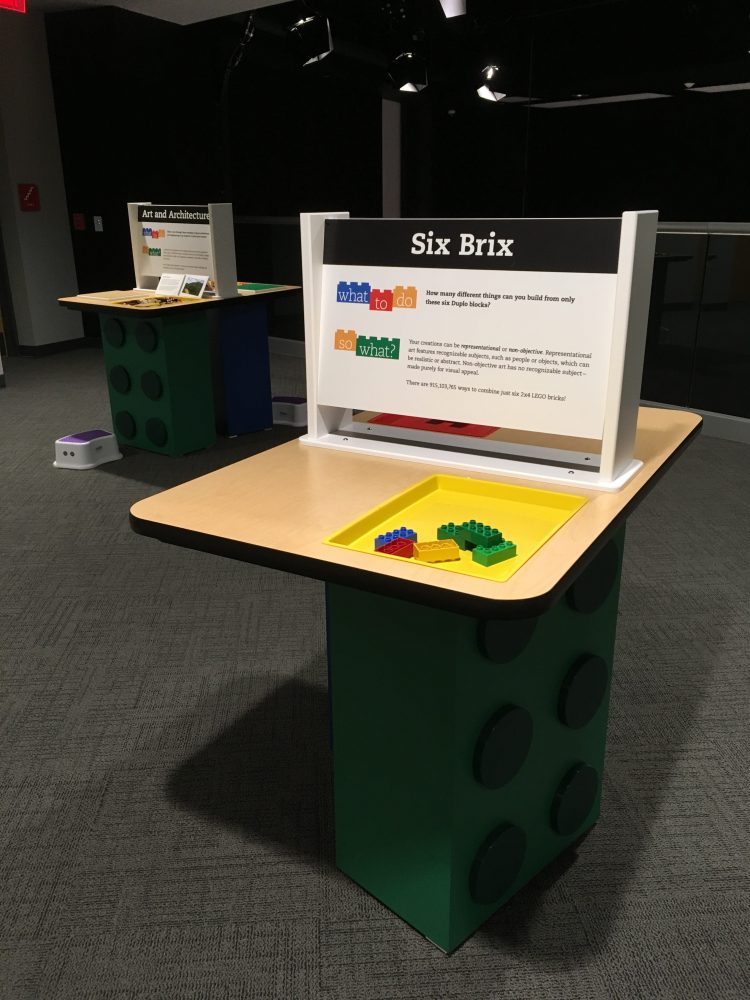 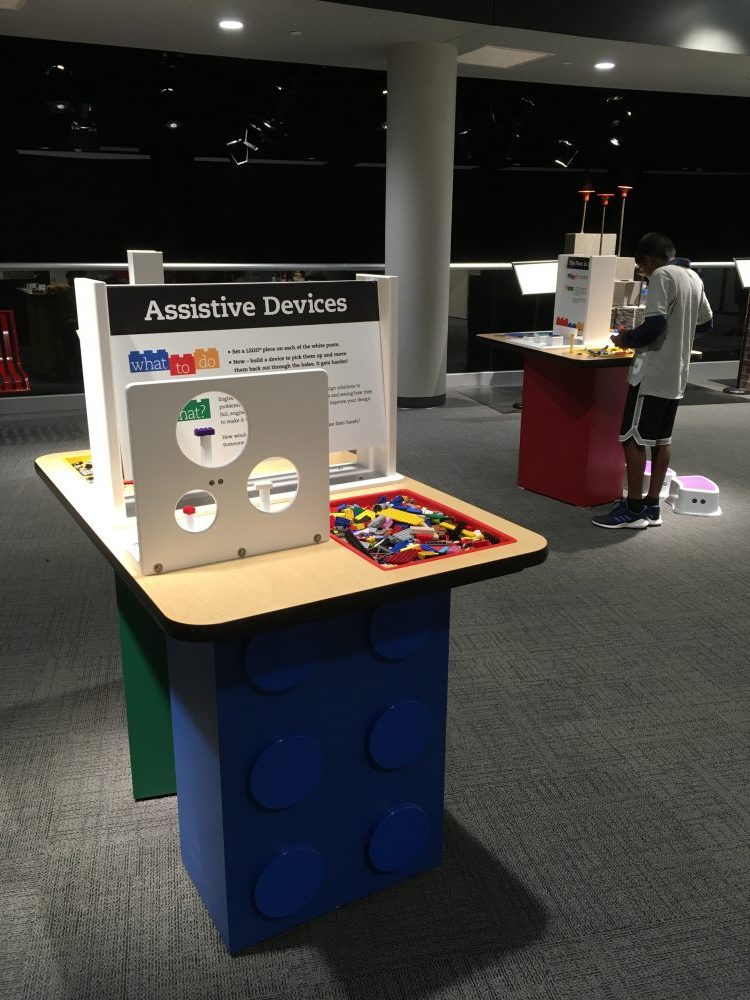 Our family thoroughly enjoyed our visit to the Art of the Brick. At $19.95 per ticket for adults and $15.95 per ticket for children, though, we thought it was a bit expensive when families with children are, after all, the ones Sawaya most hopes to inspire through the exhibit. I would have loved to have seen a family discount to make it more affordable for families. But if you have Lego fans in your house and you can afford the splurge, I don’t think you’ll be disappointed. In the days after we visited Art of the Brick, my three children all began designing new and imaginative creations, including my 7-year-old son’s Star-Wars inspired Lego lamp: 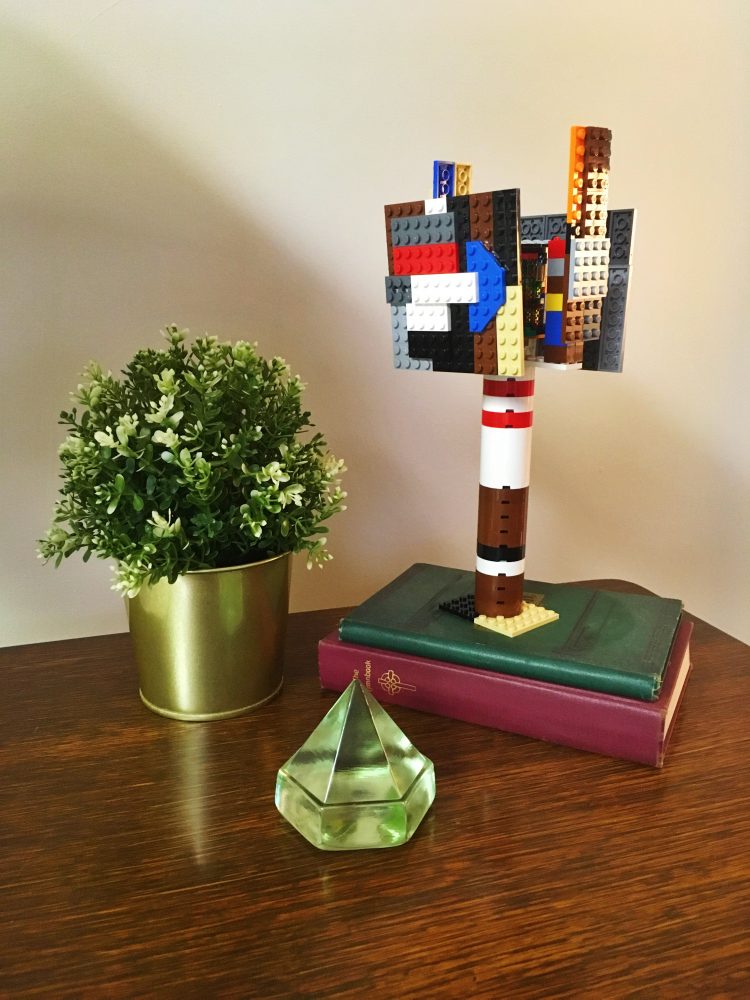 To learn more about Nathan Sawaya and his Art of the Brick collection, visit his website here. For more information about the Pittsburgh exhibit, visit the Carnegie Science Museum’s website here.

For many families making their rounds of the Utah 5 National Parks, a visit to Bryce Canyon is a highly anticipated stop. With its sweeping vistas and spectacular hikes, Bryce offers something for everyone. But with most of the camping options concentrated immediately around Bryce, families that want to escape the crowds and explore Bryce END_OF_DOCUMENT_TOKEN_TO_BE_REPLACED

For many families planning a trip to the Utah region, their itineraries often center on hitting the high points of iconic stops like Grand Canyon, Zion, Bryce, and Arches. Several lesser-known parks are also worth the stop, though, and for families looking for ways to escape the crowds, Cedar Breaks National Monument should be on END_OF_DOCUMENT_TOKEN_TO_BE_REPLACED