Our 2016 Pennsylvania camping tour included a stop at Pine Grove Furnace, another great state park that offers lots to explore in and out of the park area. It served as the perfect base camp from which to explore the Gettysburg National Military Park, the history of the Appalachian Trail, and so much more. Plus, it was the perfect place to rendezvous with the fun folks of RV Circus. 🙂 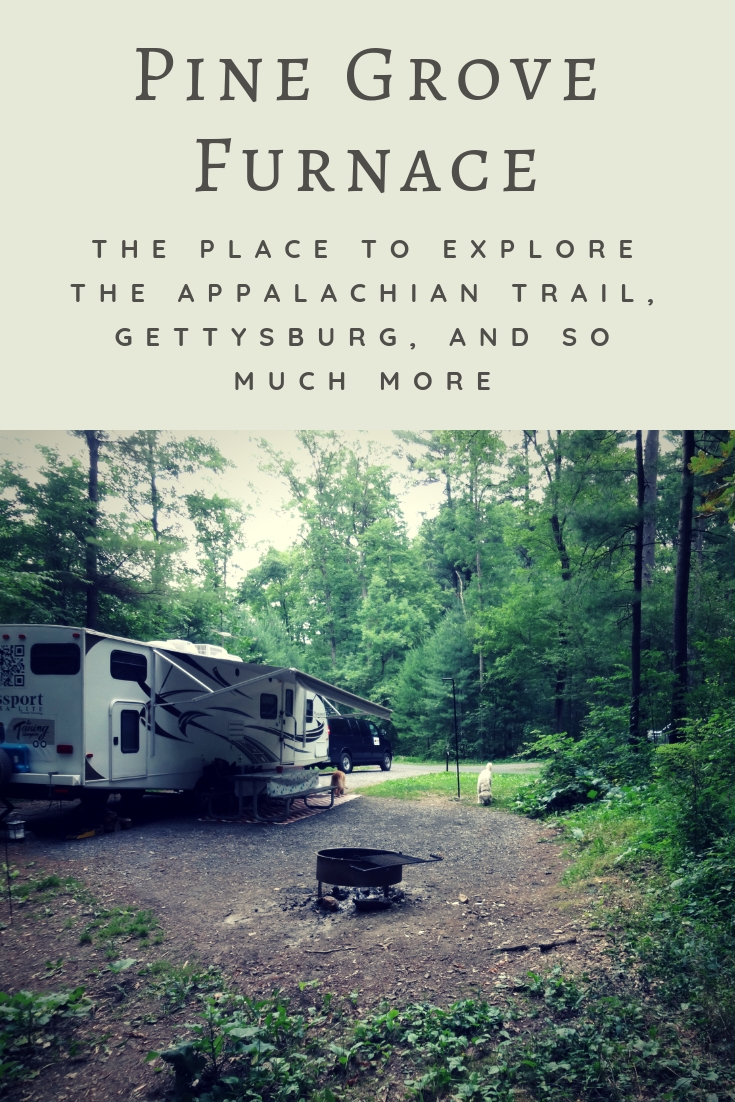 Pine Grove Furnace State Park is situated in the middle of the Michaux State Forest with the Appalachian Trail (AT) passing right through the park. While many parks can claim part of this 2,200-mile long trail, Pine Grove Furnace State Park marks the official halfway point on the trail. This unique geographic location leads to the park having several AT features, including a museum, a park general store that hosts a halfway, half-gallon ice cream challenge, and lots of opportunities to cross paths with AT hikers.

During our visit the campground experienced a brownout and electric service failed. Which meant the A/C couldn’t run on one of the hottest days we had had up to that point. Which meant we ended up having to take the dogs with us to Gettysburg. Which meant we didn’t get to explore the museum for very long since one of us had to sit out with the dogs in the shade. Which meant we are definitely going to have to return one day! 🙂

With that being said we really did enjoy our time at Pine Grove Furnace. The campground was quiet with no road noise and offered large spacious sites that have great privacy hedges. It was not the most “remote” campground of the summer but it was very peaceful. All of these things did mean that there was a very weak cell signal (even with the booster it was spotty) and no TV reception (and good luck trying to get a clear view of sky if you brought your satellite dish 😉 ).

Bathrooms: While the bathrooms were newer and very well laid out, during our stay they were not deep cleaned daily. We reported the situation to the campground host, who in turn reported to the park staff, who did return and “clean” more, but it just didn’t seem like the maintenance staff was as thorough as we’ve found at other state parks. The water pressure was also very strong in the showers, such that Kristin said showering was a “stinging” experience. There was a family bathroom, however, which was a nice addition!

Amenities: This is where this little park really shines! The Appalachian Trail Museum was a fun stop right next door to the park office. The first floor provides a great look into the history of the AT and then the basement features a simple but fun children’s play area and educational display. The museum has future plans to add a second floor area dedicated to current hikers of the AT. 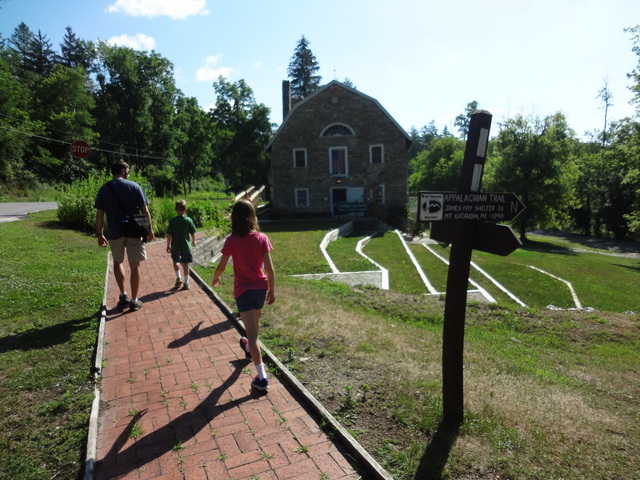 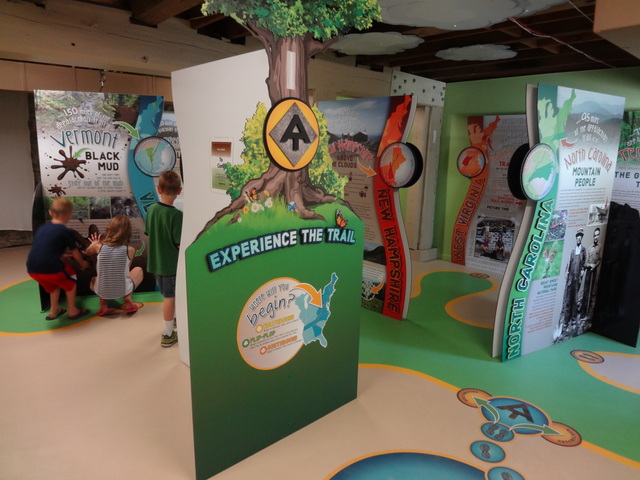 The park also still features the old iron furnace for which the park is named. Additionally, in the park there is a camp store, numerous hiking trails, and a small orienteering course that the kiddos really enjoyed. Two lakes offer places to swim, fish, and run unpowered boats, while Fuller Lake offers a guarded beach, concession stand, restrooms/changing facilities, and a first aid station. 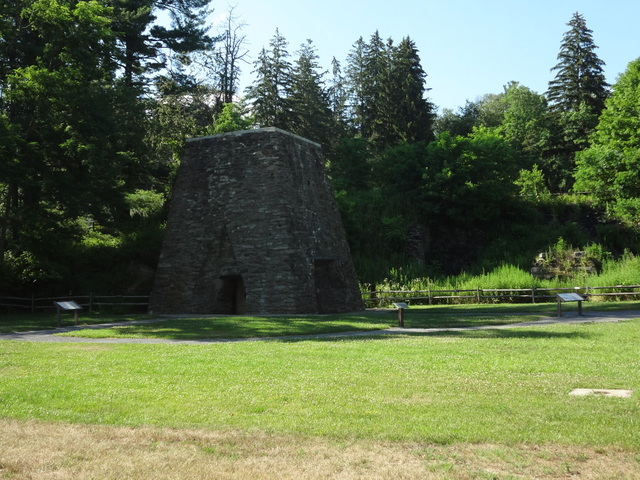 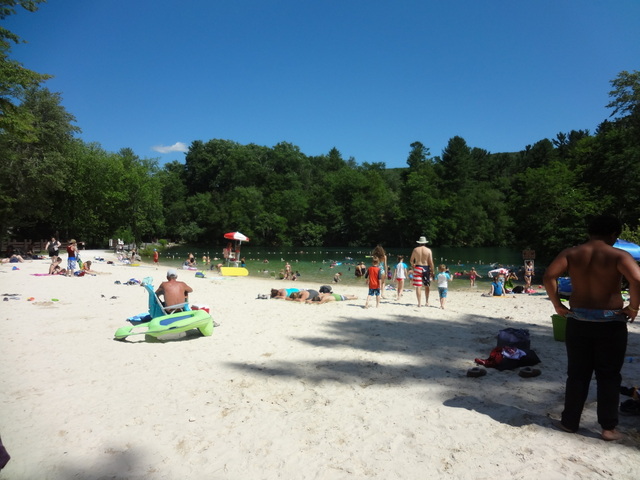 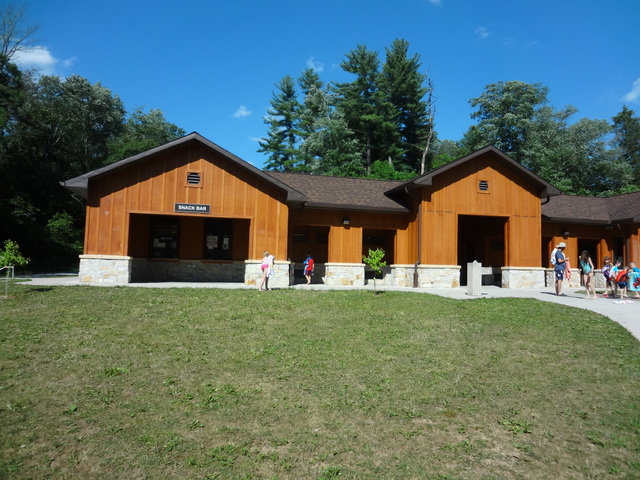 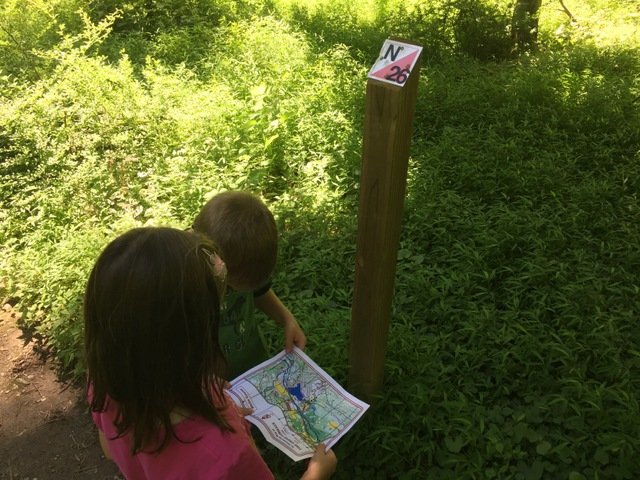 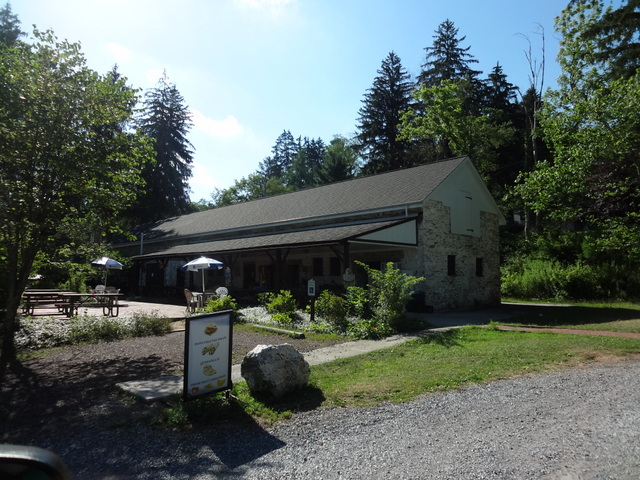 Touring: Pine Grove Furnace State Park is a short drive (about 35 minutes) from several great areas to tour including Gettysburg and Carlisle. We enjoyed our time at Gettysburg but with temperatures and humidity levels both in the high 90s we decided that it would be a much better place to visit in the spring or fall. Our son was particularly interested in all the troop movements and we will make a return trip in a few years once he has studied more about this period of American history. 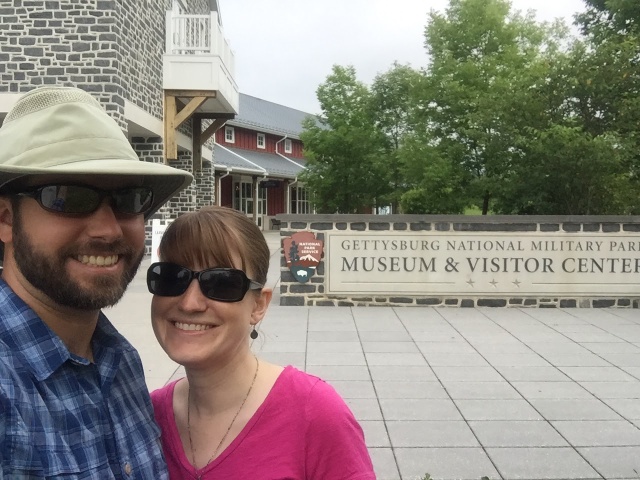 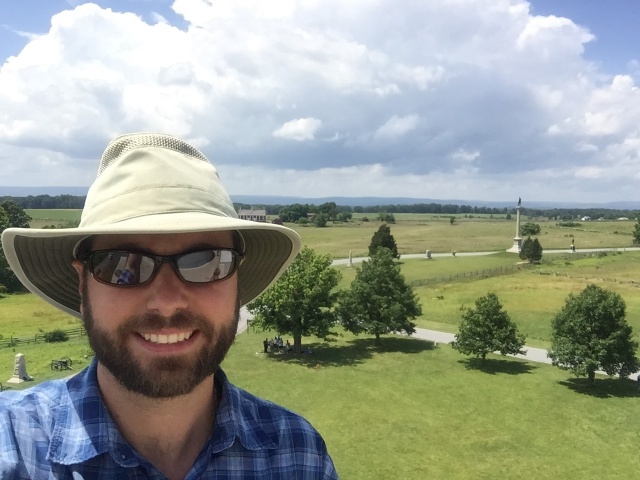 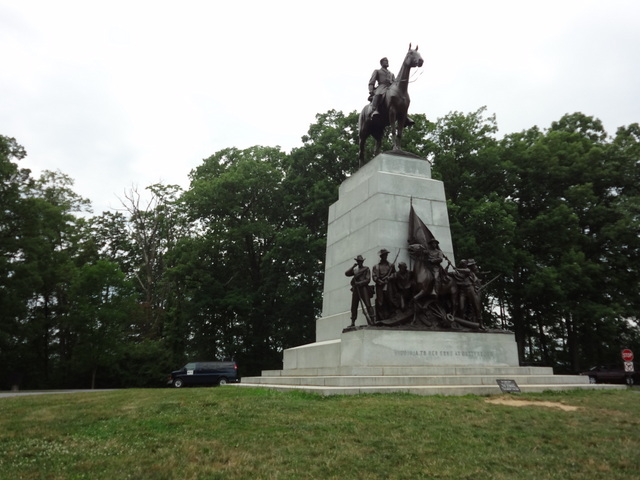 And if you have a craving for something sweet, Mr. G’s old fashioned, home made ice cream shop is the perfect place to cool off! (It’s also dog friendly!) 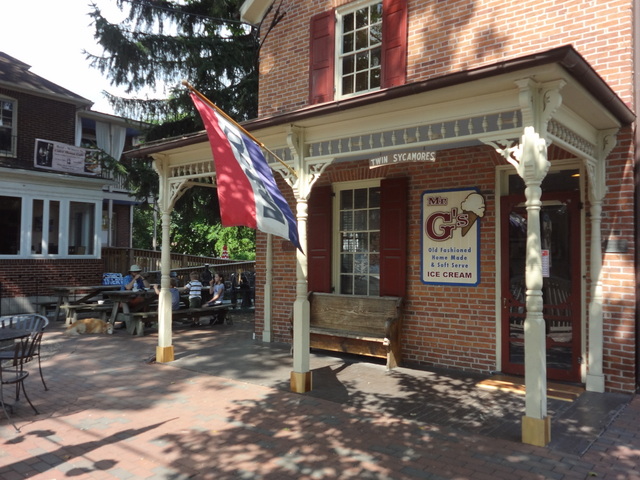 We also made a stop at Kings Gap Environmental Education Center, which offers an amazing view of the valley to the west of Michaux State Forest. The mansion is only open to tours on Sundays during the summer months (which we were bummed to miss out on) and there are a limited number of official programs, so be sure to check the schedule ahead of time. 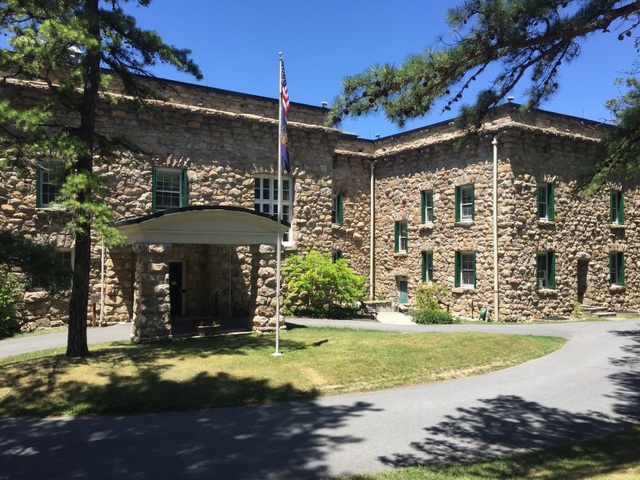 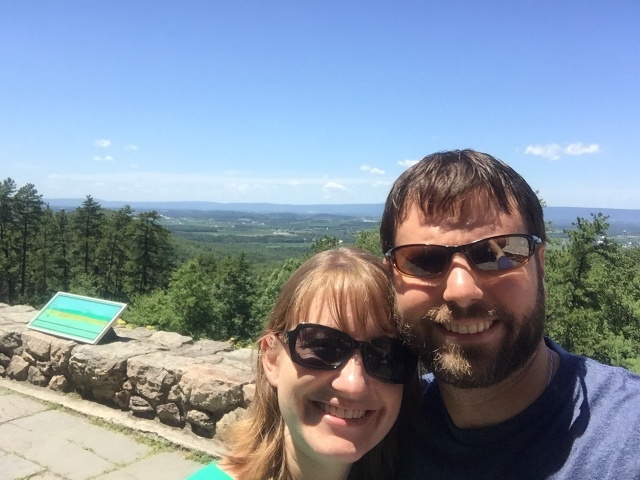 On our way to our next campground we stopped at the Lindt chocolate outlet in Carlisle, Pa. It was a very sweet stop! Carlisle is also home to one of the nation’s largest Spring & Fall Collector Car Swap Meet, Corral, & Auction. 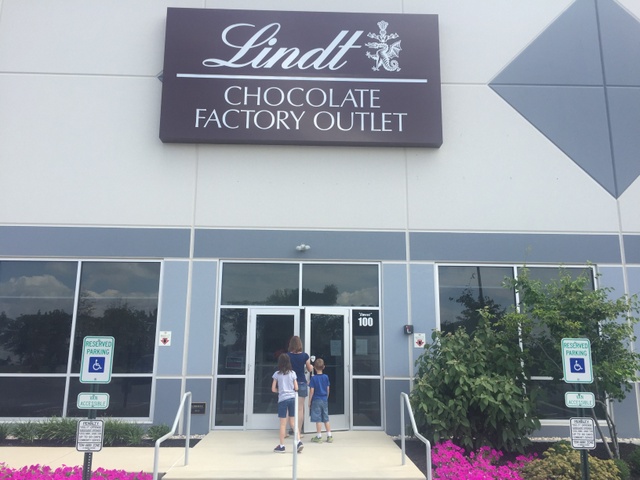 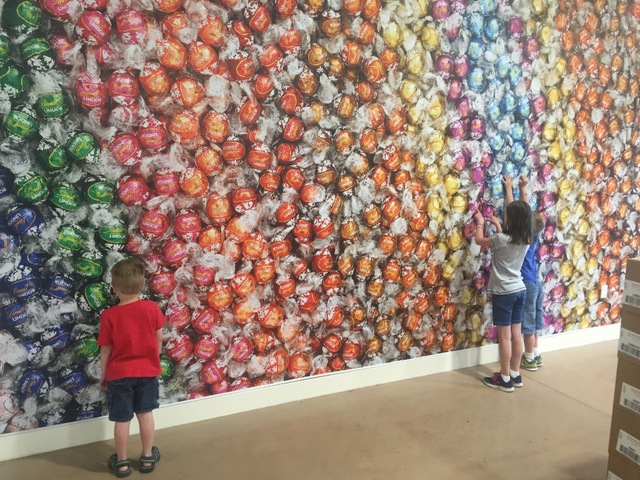 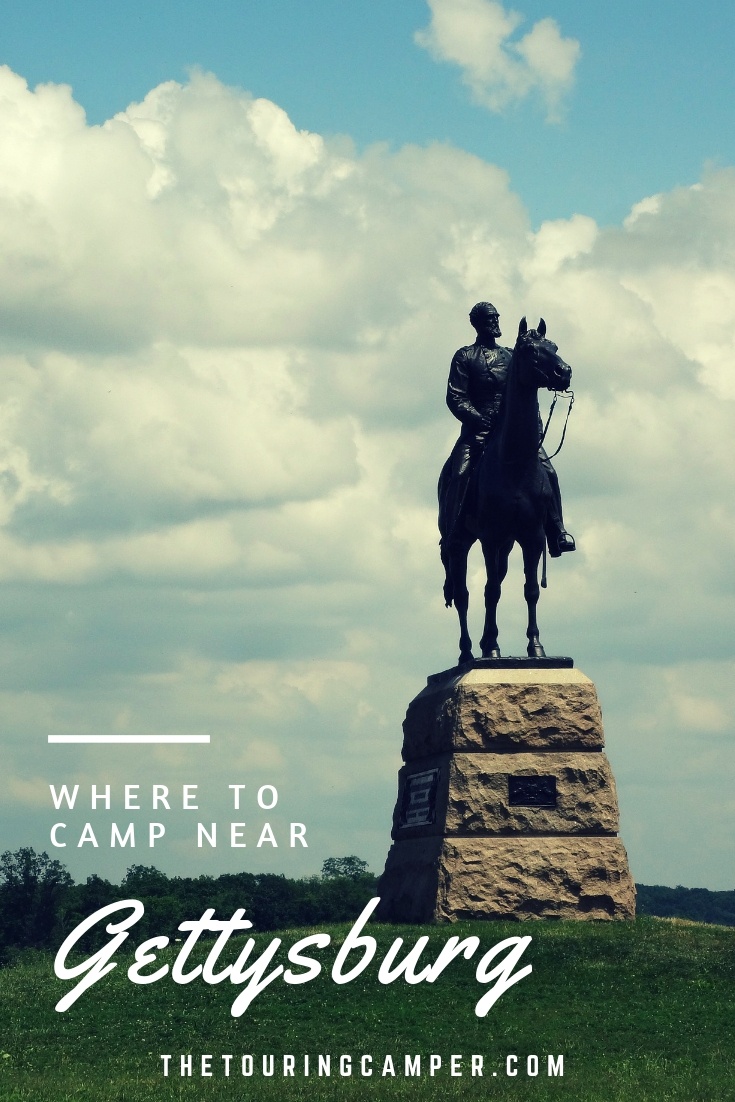 The “reel” deal
Faces of the Campground: Mark and Sandie

For many families making their rounds of the Utah 5 National Parks, a visit to Bryce Canyon is a highly anticipated stop. With its sweeping vistas and spectacular hikes, Bryce offers something for everyone. But with most of the camping options concentrated immediately around Bryce, families that want to escape the crowds and explore Bryce END_OF_DOCUMENT_TOKEN_TO_BE_REPLACED

For many families planning a trip to the Utah region, their itineraries often center on hitting the high points of iconic stops like Grand Canyon, Zion, Bryce, and Arches. Several lesser-known parks are also worth the stop, though, and for families looking for ways to escape the crowds, Cedar Breaks National Monument should be on END_OF_DOCUMENT_TOKEN_TO_BE_REPLACED