Over the summer Jarrett experimented with a simple and tangy campfire recipe called Ponderosa Pork Chops. With just five ingredients, this versatile dinner will have your campers calling for more. 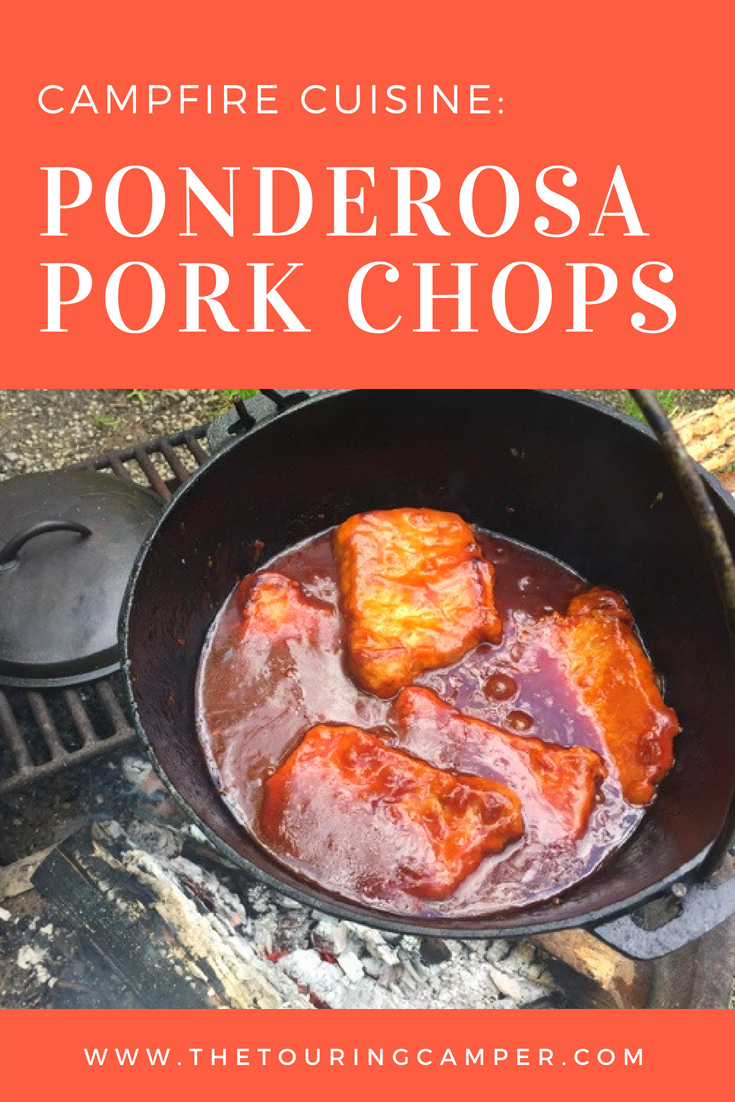 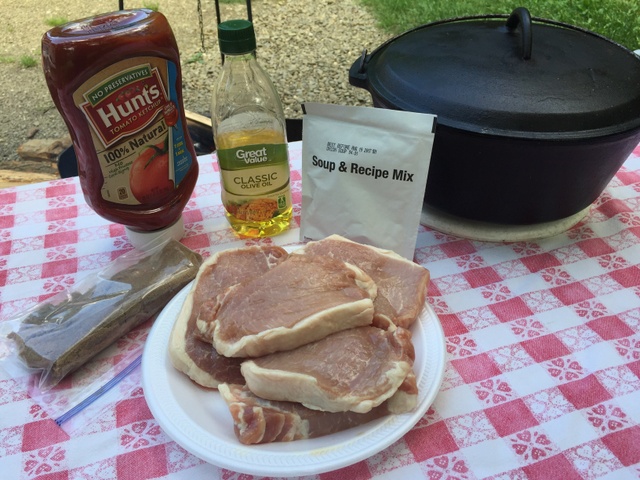 This is a versatile recipe because you can cook it many ways: in a dutch over a fire, using briquettes, or even in a crock pot. This time I experimented with using a dutch oven hanging from a tripod directly over the fire. First I heated the dutch oven over the fire. 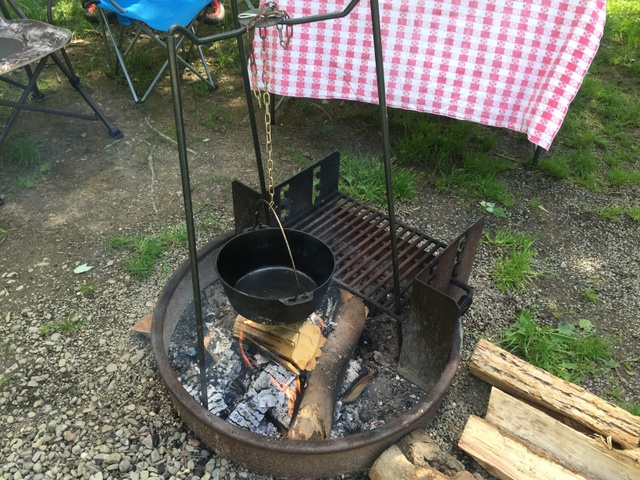 After the dutch was heated up, I added enough olive oil to coat the bottom of the dutch with a thin layer of oil. I seasoned the pork chops with salt and pepper and then I quickly browned both sides of the pork chops (I had to work in batches) in the oil. 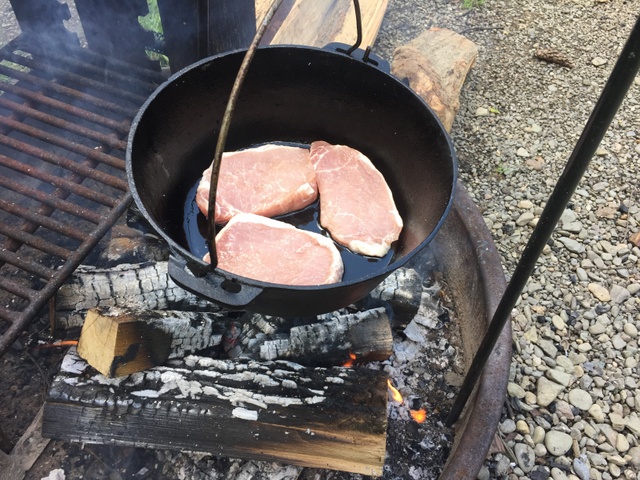 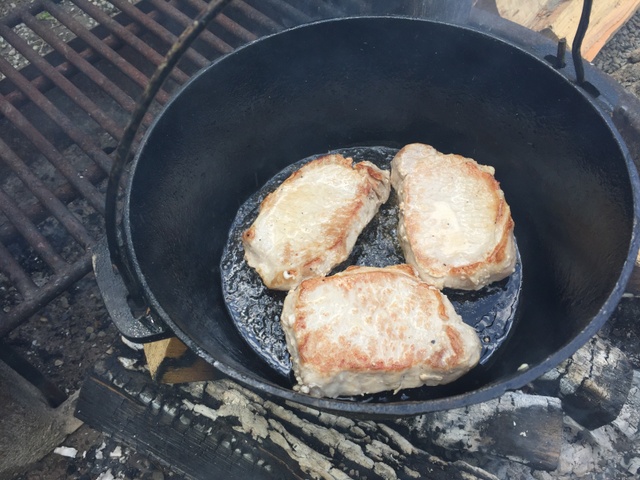 Remove the pork chops and set aside for moment. Combine the brown sugar, ketchup, water, and onion soup mix in the dutch. 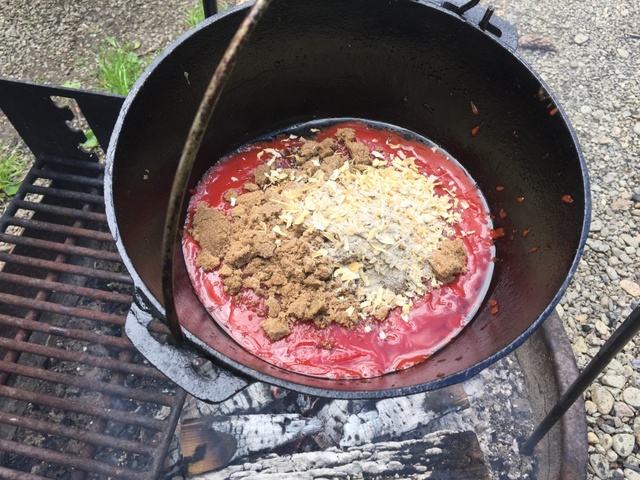 Add the pork chops, spooning the sauce over them. 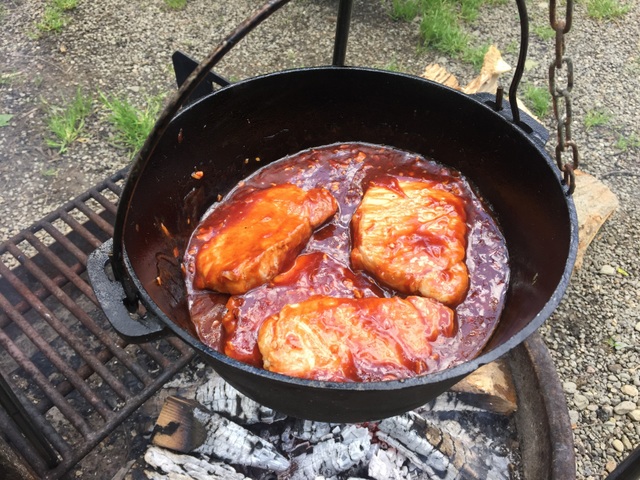 Cover and cook for about 30-45 minutes depending upon the fire temp. I tried to move the dutch oven up from the flames so it was bubbling, but not a full rolling boil. 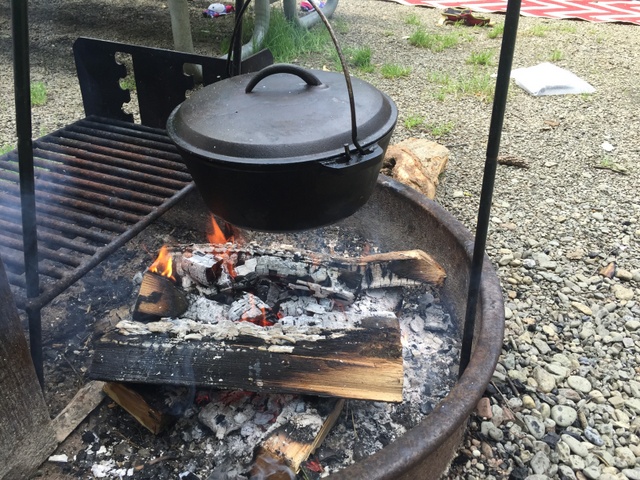 This recipe, which was adapted from an entry in The Scout’s Outdoor Cookbook

, can also be slow cooked in a dutch oven using briquettes:

Use nine briquettes under the dutch and about 18 on the lid and cook for about 45 minutes. Turn meat over and continue cooking for another 15 minutes or until the internal temperature of the meat reaches 160 degrees.

To round out this simple camping entree, you could serve it with instant mashed potatoes and a vegetable. Enjoy! 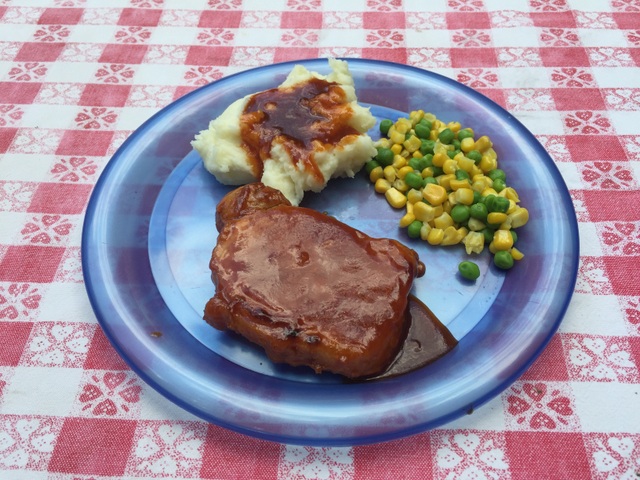 Faces of the Campground: Mike and Joyce
It’s giveaway time!

For many families making their rounds of the Utah 5 National Parks, a visit to Bryce Canyon is a highly anticipated stop. With its sweeping vistas and spectacular hikes, Bryce offers something for everyone. But with most of the camping options concentrated immediately around Bryce, families that want to escape the crowds and explore Bryce END_OF_DOCUMENT_TOKEN_TO_BE_REPLACED

For many families planning a trip to the Utah region, their itineraries often center on hitting the high points of iconic stops like Grand Canyon, Zion, Bryce, and Arches. Several lesser-known parks are also worth the stop, though, and for families looking for ways to escape the crowds, Cedar Breaks National Monument should be on END_OF_DOCUMENT_TOKEN_TO_BE_REPLACED