Indiana Dunes State Park in Chesterton, Ind., seemed to be a popular destination for many families escaping city-life in nearby Chicago. The campground was nearly full both nights we stayed on a Thursday and Friday night. Unfortunately we did not have the best weather during our stay and it was extremely buggy in the campground while we were there, so we did not leave with the most favorable memories. But Indiana Dunes State Park’s close proximity to the Indiana Dunes National Lakeshore makes it an ideal basecamp to explore the national park and surrounding region. 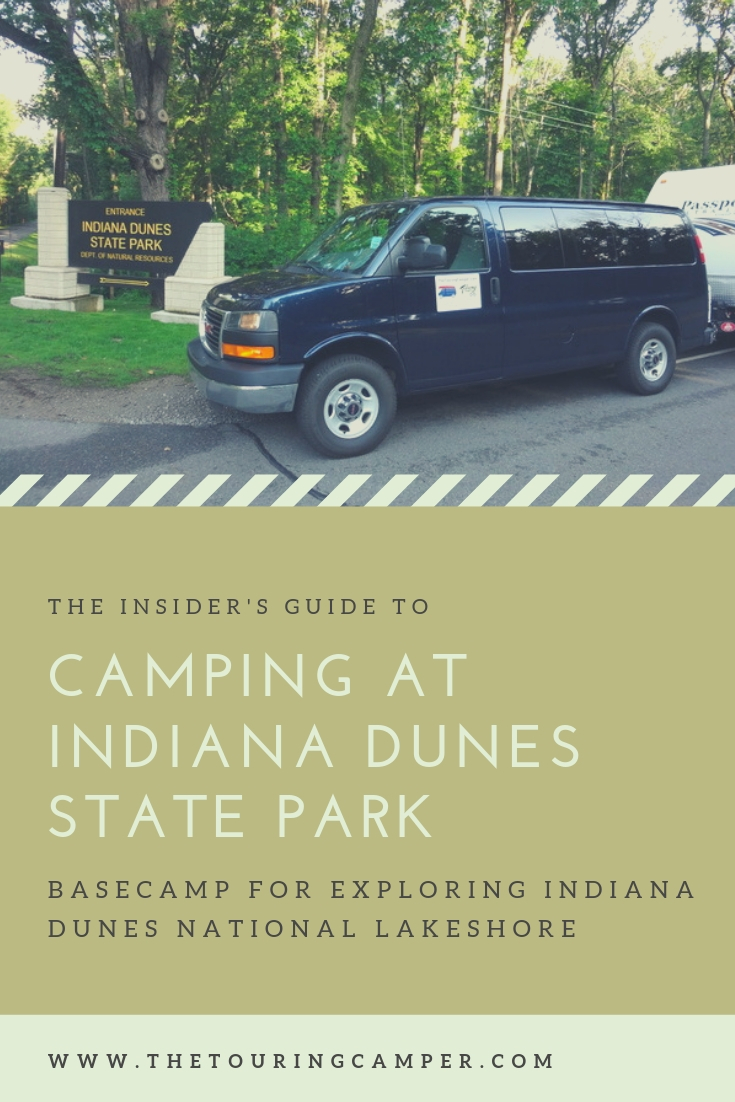 Campground: The campground was well maintained and routinely patrolled by the state park staff. Most sites were a good size and fairly level from left to right, but some had significant slope from front to back (several campers had the camper tongue lowered all the way while the back jacks were completely extended). We also had some significant water issues at our site after a rain storm left behind 3 inches of standing water in the area between our site and the next one over. If we had been tent camping, we would have been floating!

In addition to the flooded campsite, though, the other significant issue we encountered at the campground was lots of mosquitoes. Even using DEET bug sprays (which we almost never use) did not ward off the little buggers. The bug problem may have been related to the wet weather and our site (which had straw on the muddy areas, so proper drainage appeared to be a problem in that spot). But even with minimally opening our camper door just to come in an out, numerous mosquitoes got inside the camper, and Kristin had a sleepless night as she kept being awakened by the whine of yet another mosquito buzzing her ear. (Kristin was one UNhappy camper that night.) 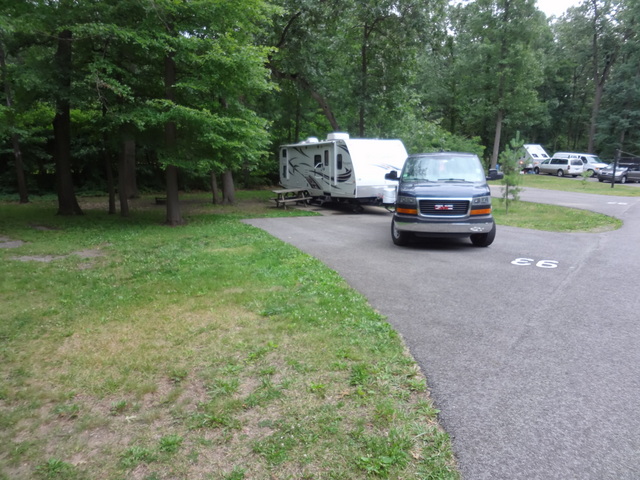 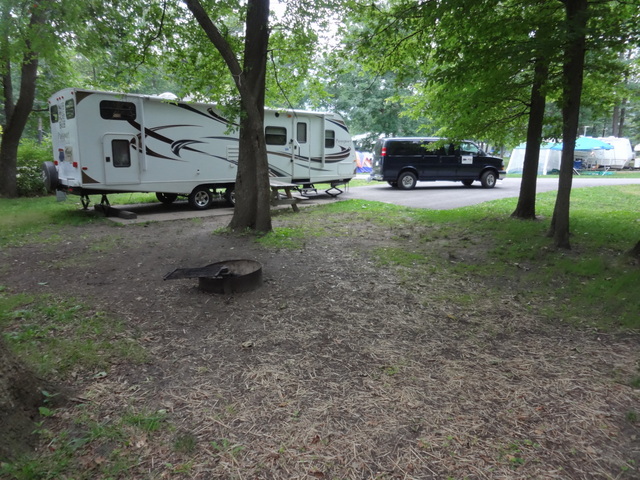 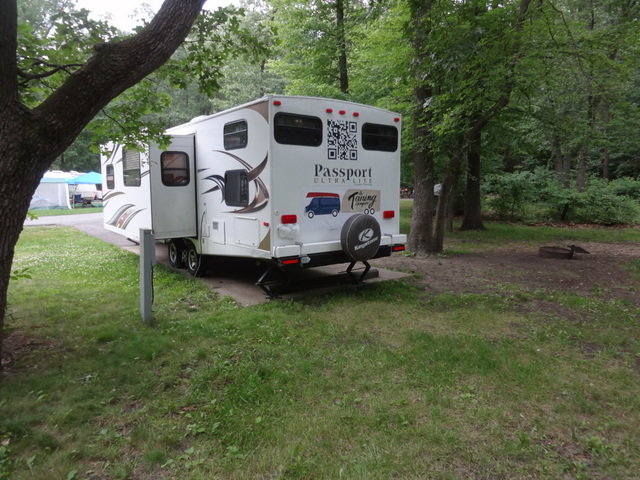 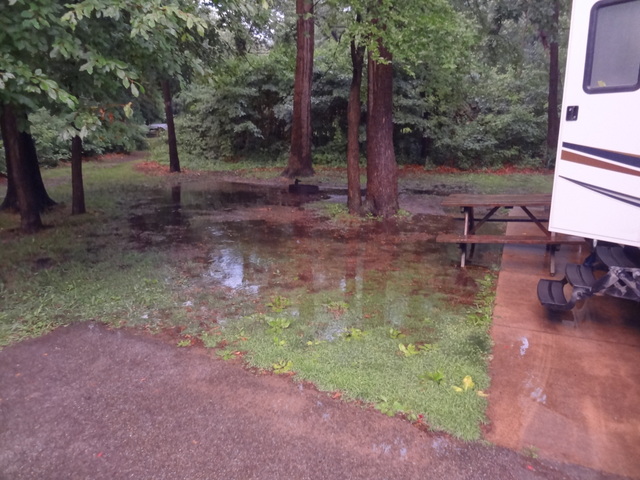 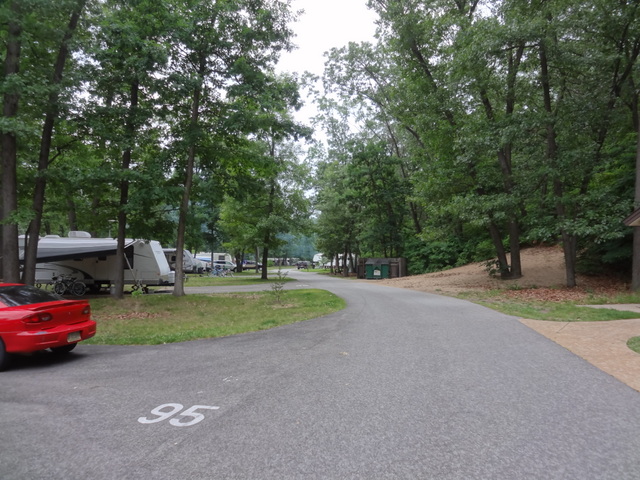 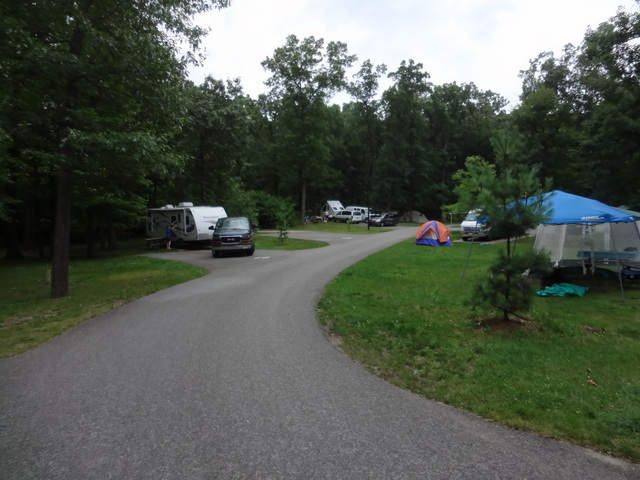 Bathrooms: The campground had two newer bathhouses and two newer pit toilet buildings. In each of the loops the large bathhouse had four sinks, five toilets, and four showers. While it was one of the largest new bathhouses that we have seen in a while, it was heavily used due to the number of people that stay in this campground (and there were no full hook-up sites at the time of our visit). 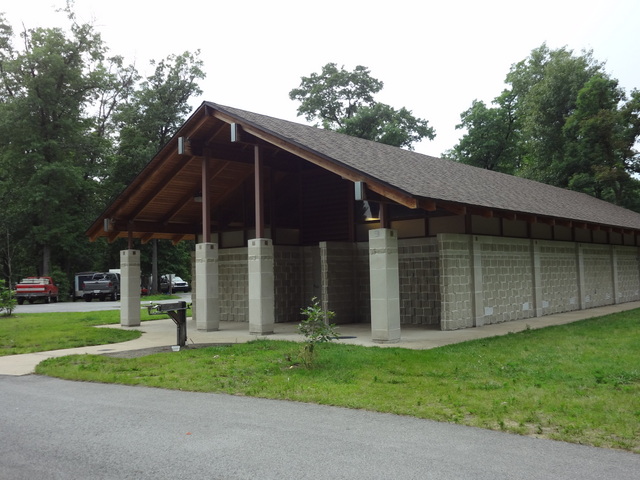 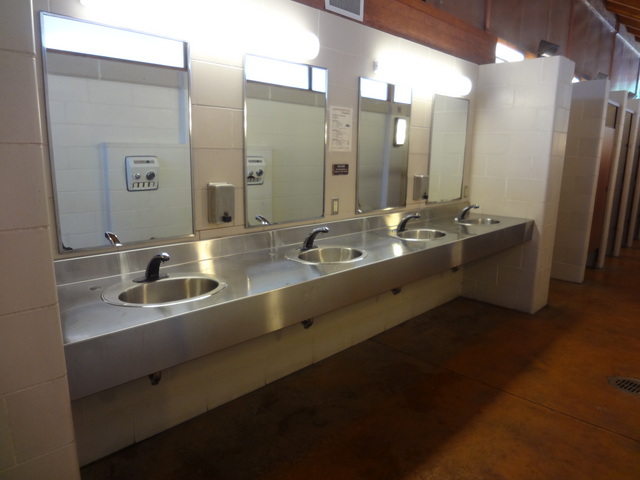 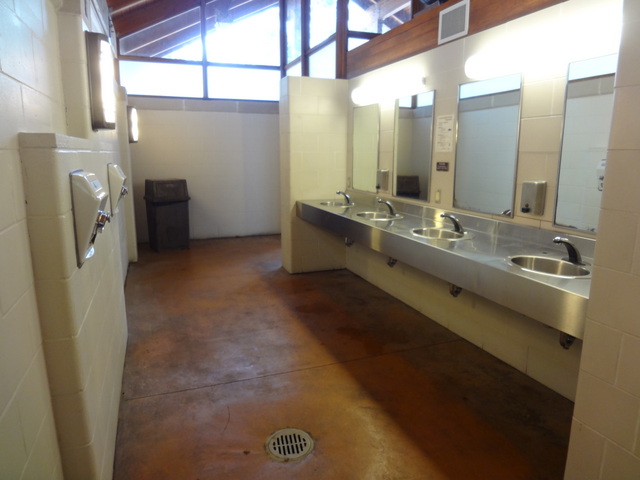 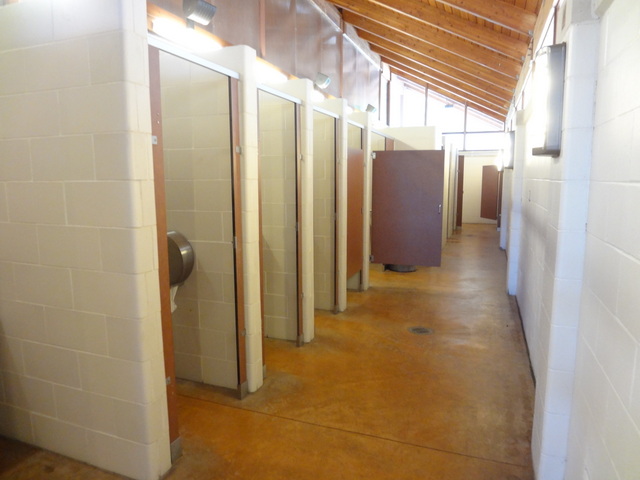 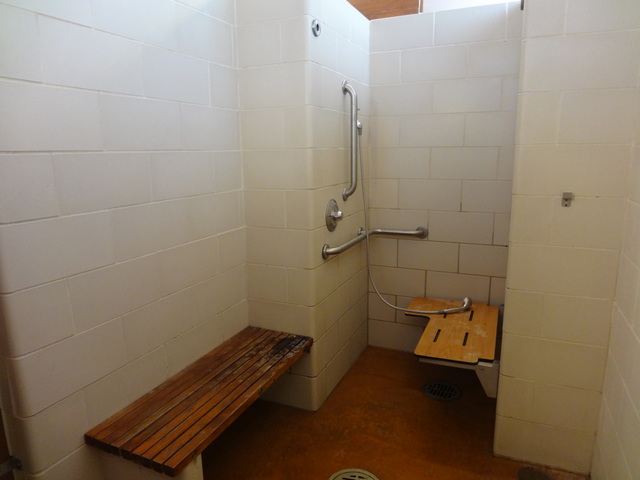 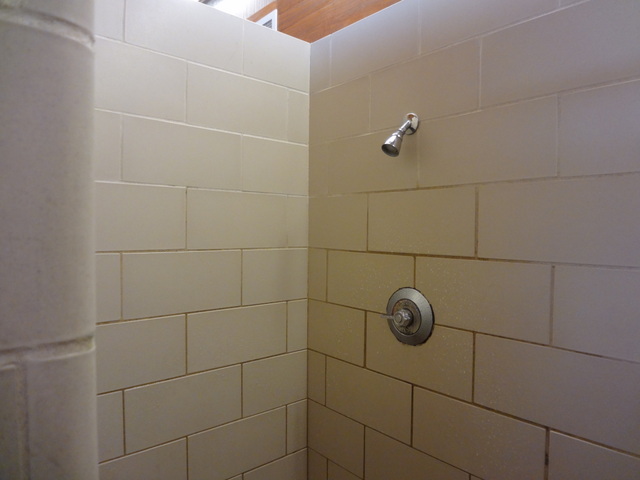 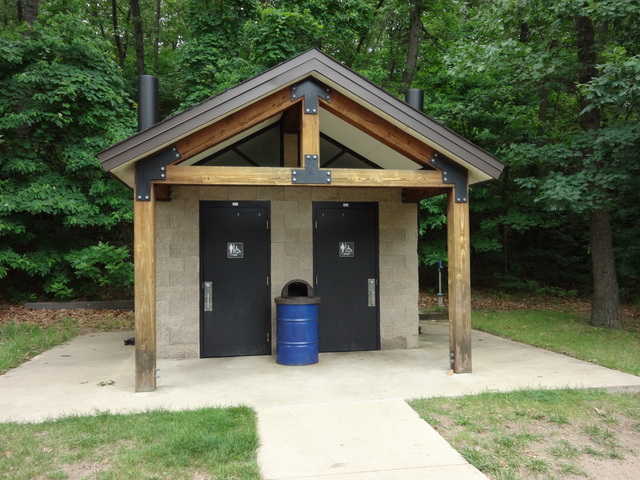 Amenities: Indiana Dunes State Park has the best real estate on this part of Lake Michigan, including the area’s largest dunes. Visitors have to pay a day use fee to enter the park. (The Indiana Dunes National Lakeshore adjoins the state park, but you don’t have to pay to enter the national park area.) The state park includes a large guarded beach, picnic areas, hiking trails, and a nature center. The playground in the campground’s East Loop seemed to be geared for younger children, while the playground in the West Loop had a sand volleyball court and other attractions for older kids. The campground does not have any laundry facilities. 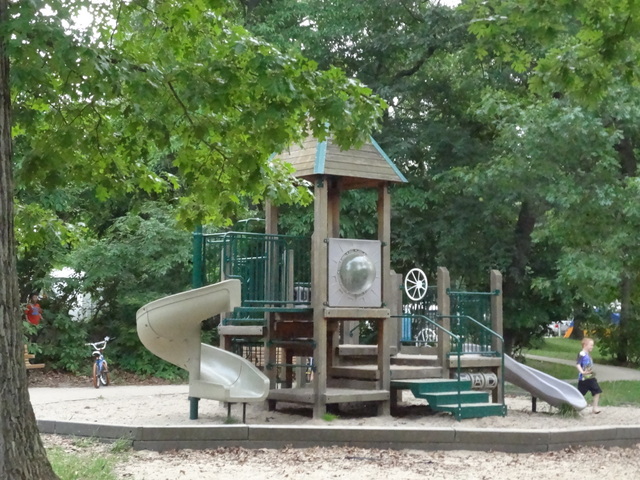 Touring: If you are planning a visit to the area, we recommend you first make a stop at the Indiana Dunes visitor center (which includes the National Park’s visitor center, where you can pick up the junior ranger booklets). We picked up a stack of regional brochures and booklets that were some of the most informative and helpful visitor literature we’ve seen. One booklet featured kiddo-friendly touring ideas, and was organized topically, including one section with ideas for what to do with kids on a rainy day. (That section really came in handy!) Kudos to whoever is in charge of the local tourism department!

As we mentioned, the weather was crummy during our stay, so we didn’t do a lot of outside exploring, but we still found some fun places to visit: 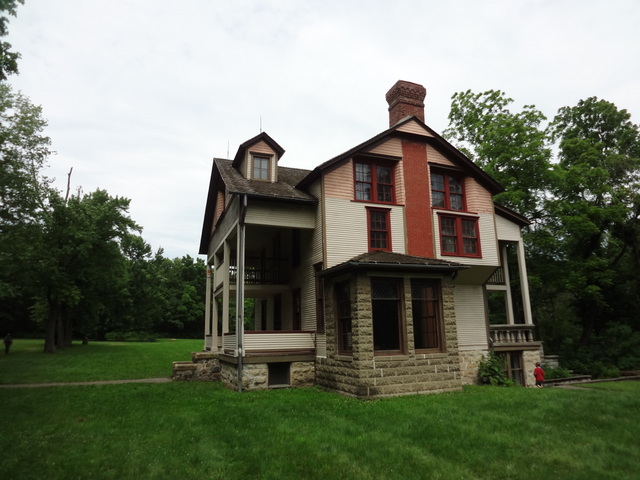 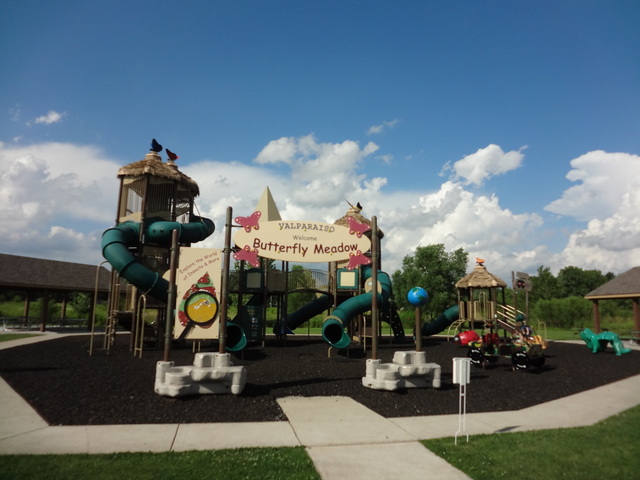 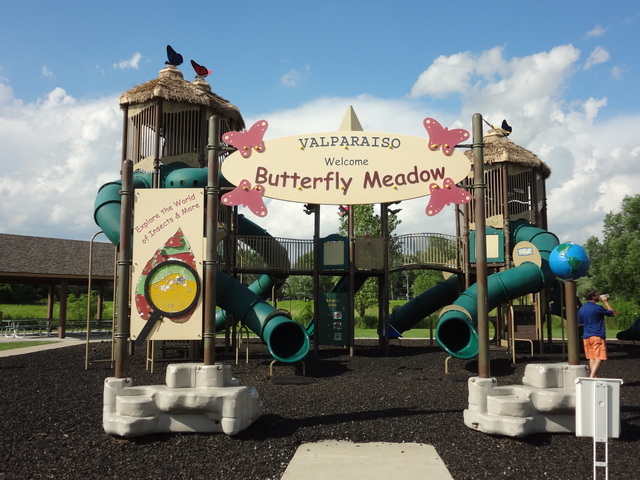 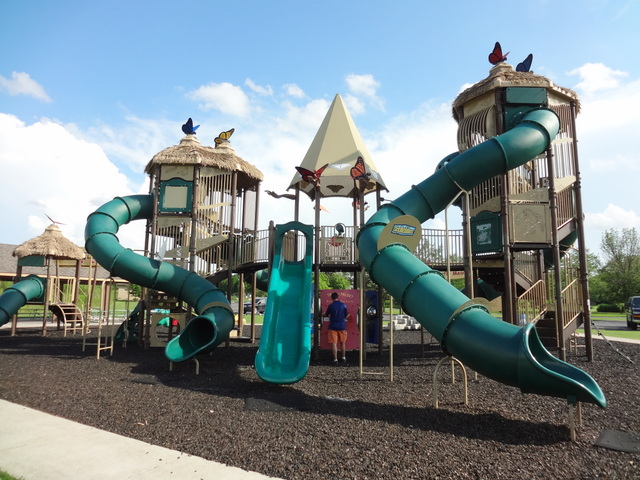 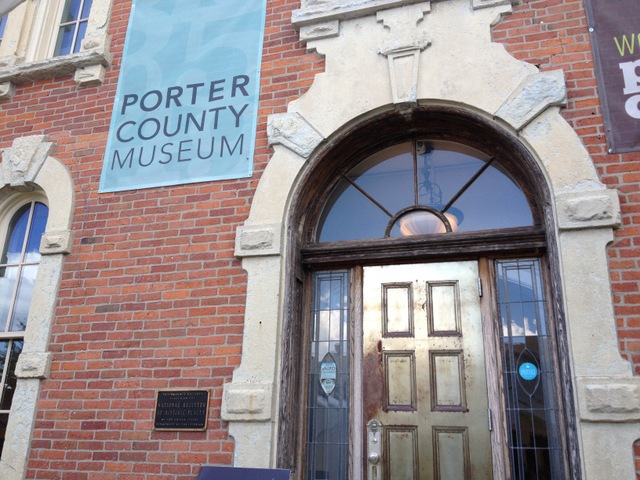 Corral those clothes!
A family fun guide to the Black Hills of S.D.

For many families making their rounds of the Utah 5 National Parks, a visit to Bryce Canyon is a highly anticipated stop. With its sweeping vistas and spectacular hikes, Bryce offers something for everyone. But with most of the camping options concentrated immediately around Bryce, families that want to escape the crowds and explore Bryce END_OF_DOCUMENT_TOKEN_TO_BE_REPLACED

For many families planning a trip to the Utah region, their itineraries often center on hitting the high points of iconic stops like Grand Canyon, Zion, Bryce, and Arches. Several lesser-known parks are also worth the stop, though, and for families looking for ways to escape the crowds, Cedar Breaks National Monument should be on END_OF_DOCUMENT_TOKEN_TO_BE_REPLACED