When one reflects on National Park Service sites in Pennsylvania, among those that come to mind might be Gettysburg, Valley Forge, Flight 93, and Independence Hall. But Pennsylvania is home to approximately 15 National Park Service sites, in addition to many NPS historic trails and heritage/recreation areas. Although some of these Pennsylvania NPS sites are often overlooked by the tourist crowds, this article will help you uncover hidden gems so you can plan your road trip like a pro. 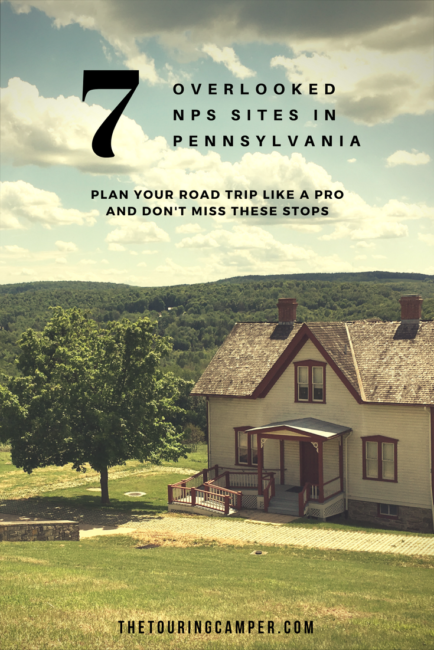 The start of the French and Indian War began with the battle at Fort Necessity in the summer of 1754. The battle marked the first major event in the military career of George Washington, as well as the only time he would surrender in battle. Start your visit at the visitors’ center where you can watch a 20-minute video before taking the hike out to the Great Meadow and Fort Necessity. From there it is just a short jaunt over to the Mount Washington Tavern, which operated as a stage stop along the National Road from 1828 to 1855. The National Road Festival is held annually in May at the tavern.

Note: Fort Necessity used to charge an entrance fee, but as of October 1, 2016, it is now a fee-free area.

Have a Junior Ranger at home? You can print the Fort Necessity booklet before you arrive. 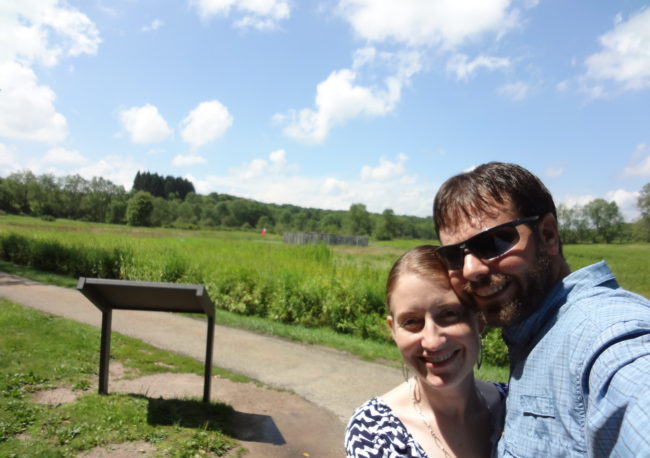 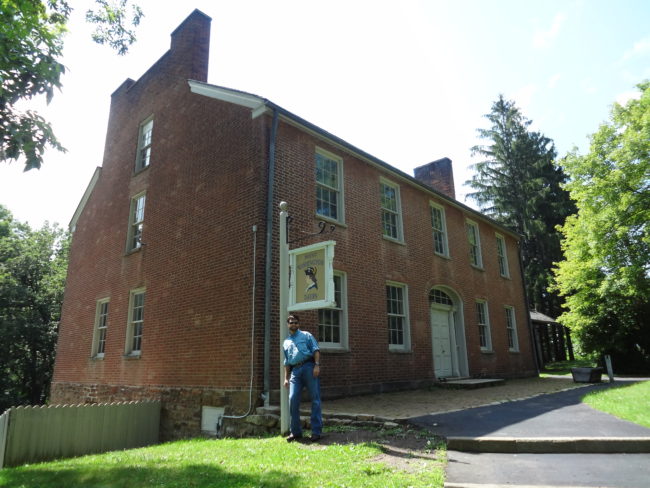 When the Allegheny Portage Railroad opened in 1834, it completed the Pennsylvania Mainline Canal and marked the first time there was a direct route between Philadelphia and Pittsburgh. In addition to the visitors’ center, visitors can explore the Lemon House, which served as a tavern on the Allegheny Portage Railroad, as well as a replica engine house. In the nearby vicinity, visitors can also see the Skew Arch Bridge or hike out to the Staple Bend tunnel, which when finished in 1833 was advertised as the U.S.’s first railroad tunnel.

If you can, try to attend one of the park’s special “Living History” days where you can step back in time and learn about rope making, stone cutting, spinning, and more related to life in the 1800s. Although we weren’t visiting on a living history day, the rangers were super informative and Ranger Jonathan did an awesome job giving our kiddos a private lesson on rope making.

Have a Junior Ranger at home? You can print the Allegheny Portage Railroad booklet before you arrive. 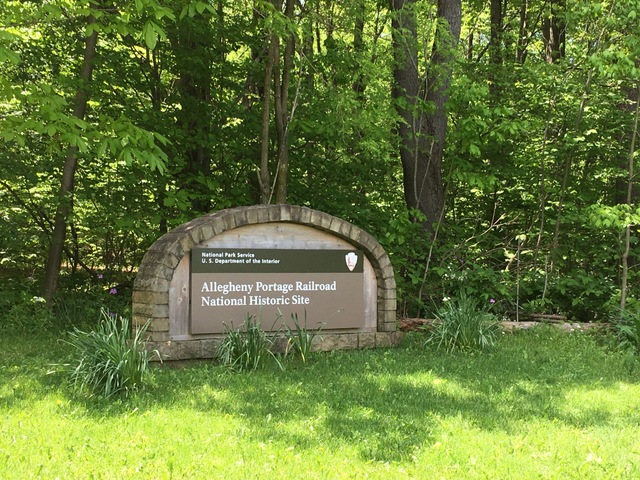 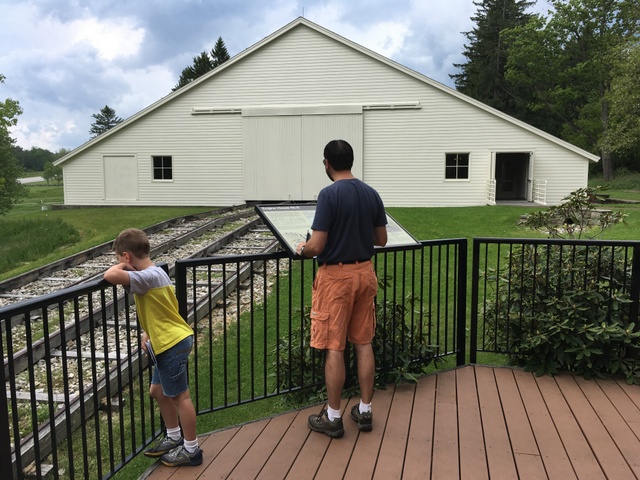 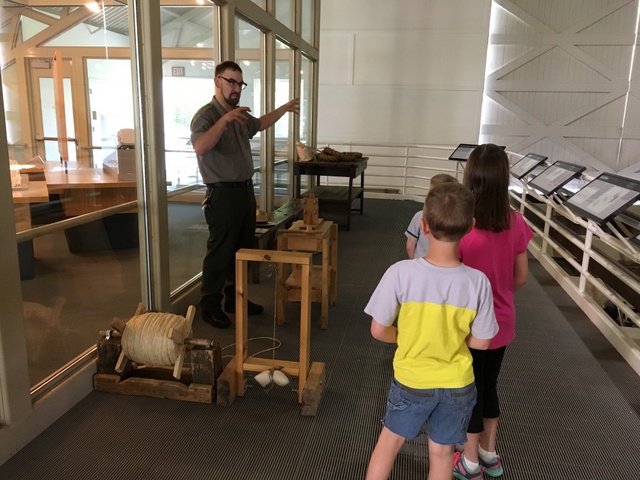 When the South Fork dam failed on May 31, 1889 it released millions of tons of water that cascaded through Pennsylvania’s mountain valleys, wiping out small towns and communities before completely devastating the city of Johnstown, Pa. When the raging waters finally receded and the resulting fire had burned its last, the wreckage of what remained left the region reeling. In all, more than 2,200 people died.

Visitors to the park can start at the small visitors’ center before walking out to what remains of the dam, as well as driving past historic spots that survived in the community. The park rangers also offer special “Path of the Flood” van tours from June through September: To learn more about these tours, visit the link here. Additional special events and tours are scheduled around the anniversary each year.

Have a Junior Ranger at home? You can print the Johnstown Flood booklet before you arrive. 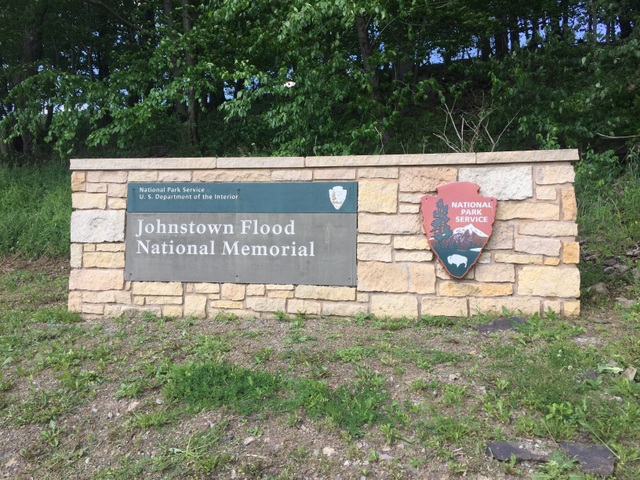 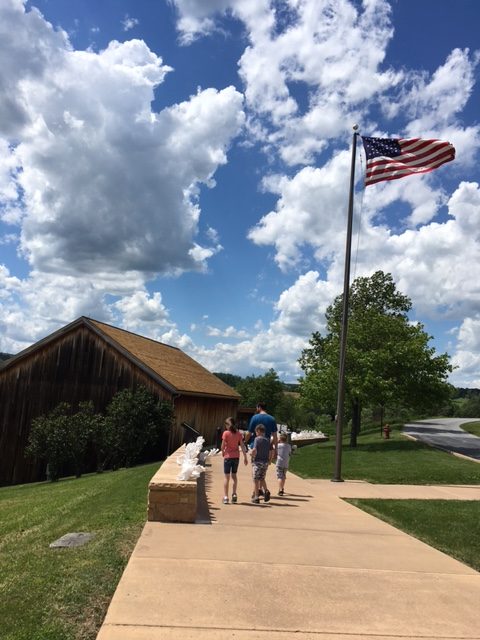 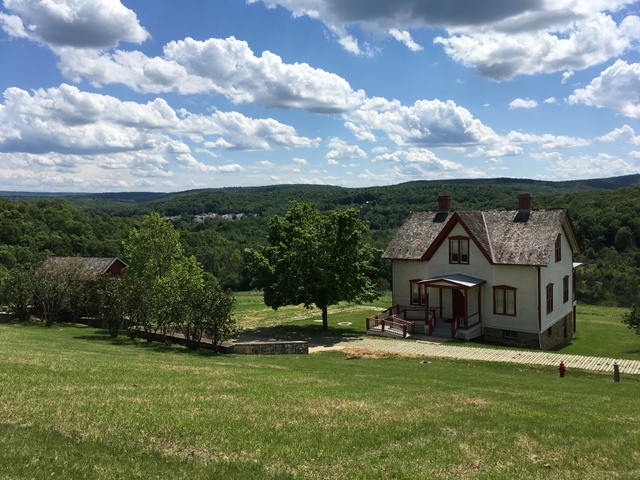 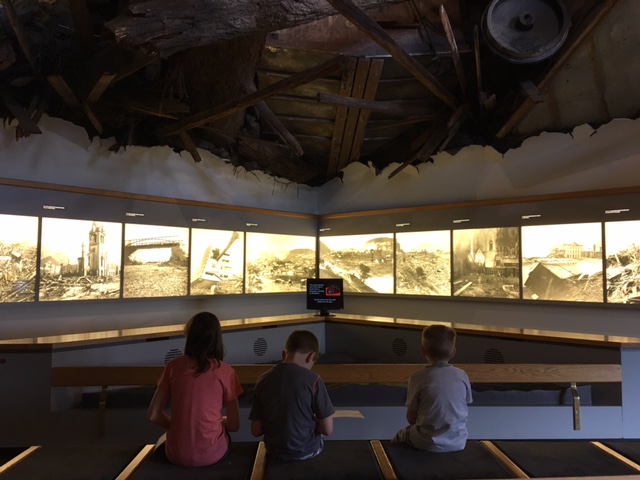 The Hopewell Furnace “iron plantation” operated from 1771-1883, and today the 848-acre NPS site “showcases an early American industrial landscape from natural resource extraction to enlightened conservation.” After exploring the visitors’ center and watching the film, visitors can take a self-guided walking tour of the historic community. The park site also offers living history days where programs demonstrate the work and lifestyles of the Hopewell community. During the fall apple harvest season, you can also pick your own apples (for a fee) from the park’s historic orchard. 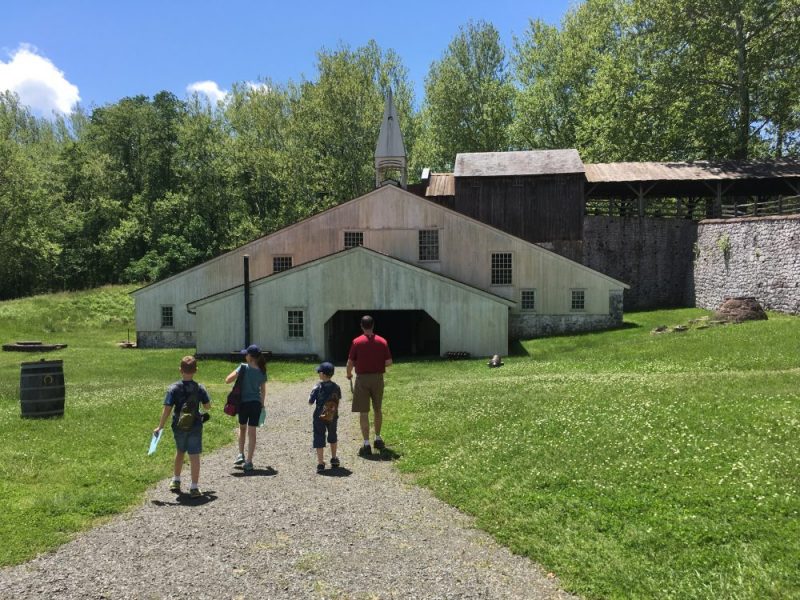 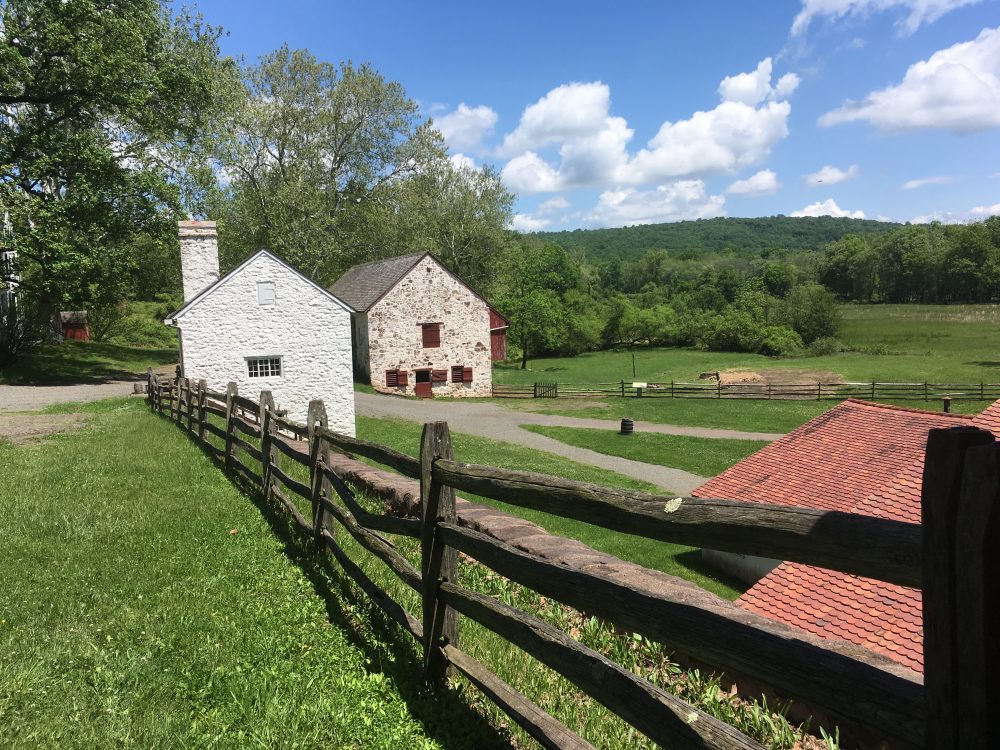 During the Jefferson and Madison presidencies, Albert Gallatin served as secretary of the treasury. He left his mark by reducing the national debt, purchasing the Louisiana territory, and funding the Lewis & Clark expedition–all of which is chronicled at his country estate, Friendship Hill. Visitors can take a self-guided audio house tour and view the “Reflections of Gallatin” presentation. Every year in the fall, the site holds a FestiFall event: For more details visit the webpage here.

Have a Junior Ranger at home? You can print the Friendship Hill booklet before you arrive.

At this NPS site, visitors can: 1) explore the home of brilliant military engineer Thaddeus Kosciuszko; 2) learn about how he designed successful fortifications during the American Revolution; and 3) walk through the room where the Polish freedom fighter entertained visitors like Chief Little Turtle and Thomas Jefferson.

Note: The site is only open from April through October on Saturdays and Sundays, noon to 4 p.m. If you are planning to visit Independence Hall and the Liberty Bell, this would be a nearby stop to add on.

Have a Junior Ranger at home? You can print the Thaddeus Kosciuszko booklet before you arrive.

American author Edgar Allan Poe considered his six years in Philadelphia as the most productive years of his literary career. Visitors can take a self-guided or ranger-led tour to explore one of the homes where Poe penned some of his poems and tales. Note: This NPS site has limited hours. As of the date of this post, the site was open Friday through Sunday, from 9 a.m. to 5 p.m., closed noon to 1 p.m. If you are planning to visit Independence Hall and the Liberty Bell, this would be a nearby stop to add on.

Have a Junior Ranger at home? You can print the Edgar Allan Poe booklet before you arrive.

For a complete list of all National Park Service sites in Pennsylvania, visit the PA NPS webpage here.

Have you visited any of these often overlooked spots? If so, please share your insider tips below.

For many families making their rounds of the Utah 5 National Parks, a visit to Bryce Canyon is a highly anticipated stop. With its sweeping vistas and spectacular hikes, Bryce offers something for everyone. But with most of the camping options concentrated immediately around Bryce, families that want to escape the crowds and explore Bryce END_OF_DOCUMENT_TOKEN_TO_BE_REPLACED

For many families planning a trip to the Utah region, their itineraries often center on hitting the high points of iconic stops like Grand Canyon, Zion, Bryce, and Arches. Several lesser-known parks are also worth the stop, though, and for families looking for ways to escape the crowds, Cedar Breaks National Monument should be on END_OF_DOCUMENT_TOKEN_TO_BE_REPLACED