If you have been following our posts, you already know that we like to travel and tour–in glamping fashion, albeit. However, one of my favorite activities to do while camping and touring is driving back roads. If I can get from Point A to Point B without getting on a highway, that is an awesome trip. And if the roads are dirt or gravel, all the better. 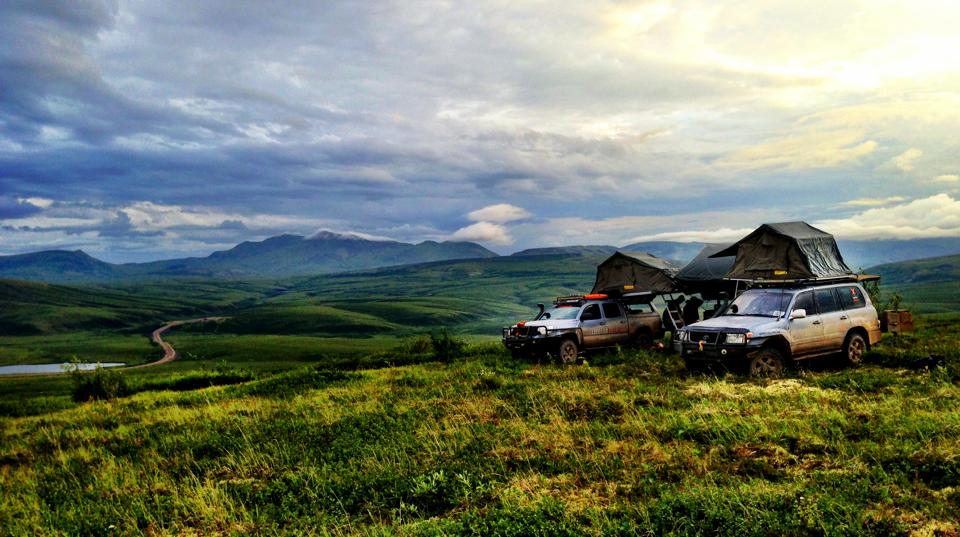 Before the kiddos came along I would include at least one “driving” day during our camping trip. After the kiddos came along, I could–and did!–use the need for them to take a nap as an excuse to go “driving” in the afternoons. It’s harder to squeeze these drives in now, as the kids are not quite on board, because, well, they get a bit bored.

Recently I came across Expedition Overland, a series of videos following a group of young professionals who seize an opportunity to get off road into remote parts of North America. They are called overlanders, individuals who forgo traditional roadways in favor of back roads and trails. They use awesomely outfitted vehicles that carry them into amazing parts of the backcountry. I was impressed with the Expedition Overland crew and their goal to conquer Alaska and the Yukon. I became so engrossed in their story that I watched the entire 12 episodes in two days! If you are looking for some amazing scenes, awesome vehicles, cool off-roading, and thought-provoking commentary, I highly suggest watching their series, which is available for free over on YouTube.

(Now Kristin, don’t freak out. I’m not saying we should give up glamping to give overlanding a try … er, at least not yet.)

The Expedition Overland series got me thinking about the type of travel we could do in the future when the kiddos are a bit older. Maybe we could get a little bit “off grid” on future trips: Alaska … Yukon … Who knows where The Touring Camper may venture?

Below are links to some awesome groups, information, companies, and vehicles related to overlanding. If you are like me, you will experience a rush of envy, sticker shock, amazement, and appreciation for the vehicles and people that overland.

For many families making their rounds of the Utah 5 National Parks, a visit to Bryce Canyon is a highly anticipated stop. With its sweeping vistas and spectacular hikes, Bryce offers something for everyone. But with most of the camping options concentrated immediately around Bryce, families that want to escape the crowds and explore Bryce END_OF_DOCUMENT_TOKEN_TO_BE_REPLACED

For many families planning a trip to the Utah region, their itineraries often center on hitting the high points of iconic stops like Grand Canyon, Zion, Bryce, and Arches. Several lesser-known parks are also worth the stop, though, and for families looking for ways to escape the crowds, Cedar Breaks National Monument should be on END_OF_DOCUMENT_TOKEN_TO_BE_REPLACED