So over the past two years I have had a series of unfortunate events involving the camper–resulting mostly from my own stupidity! I wish I had these incidents on video as I might have been able to turn my pain into gain on YouTube. Live and learn. 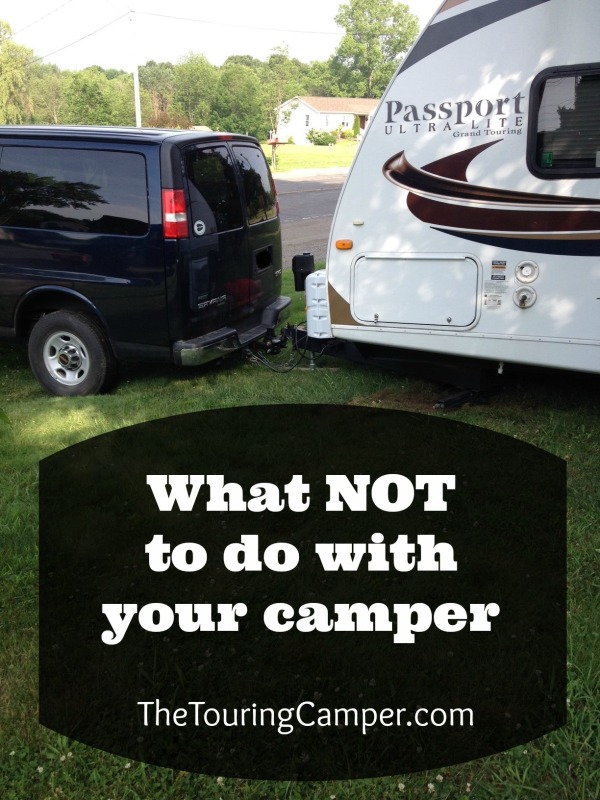 Mishap 1: While pulling the camper out of the driveway to have it inspected before our FIRST camping trip with it, I caught the awning on one of my amateur radio antenna lines. The antenna was held in place by one SMALL screw on the side of the garage, yet it ripped the entire 28′ awning off the camper! 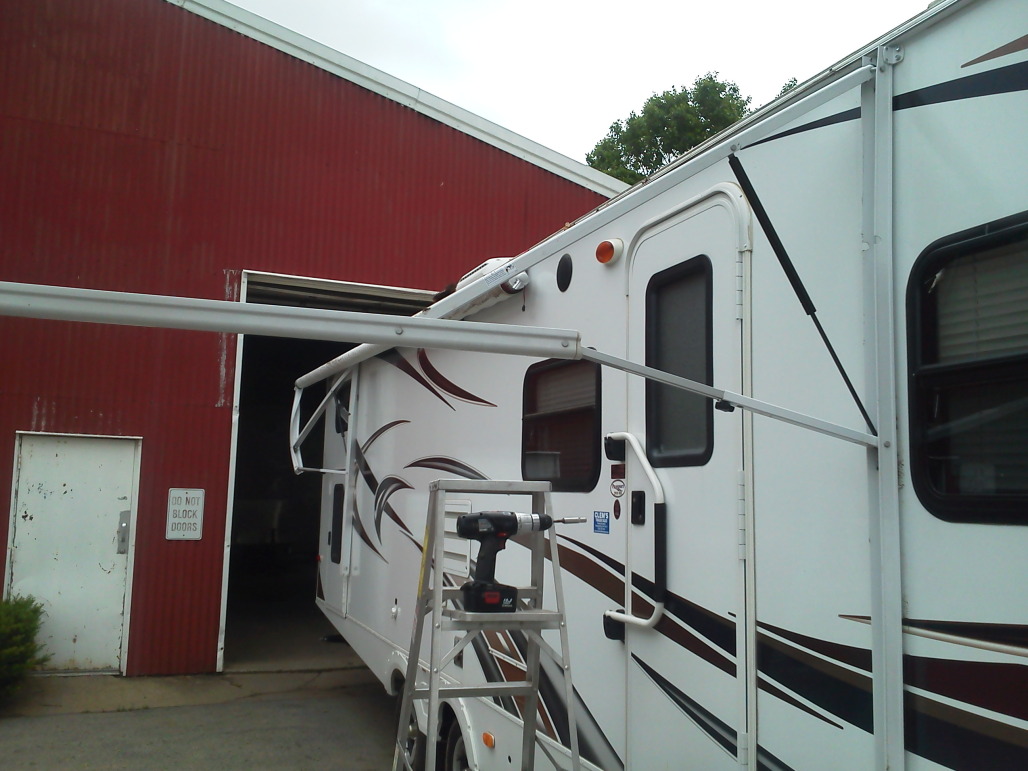 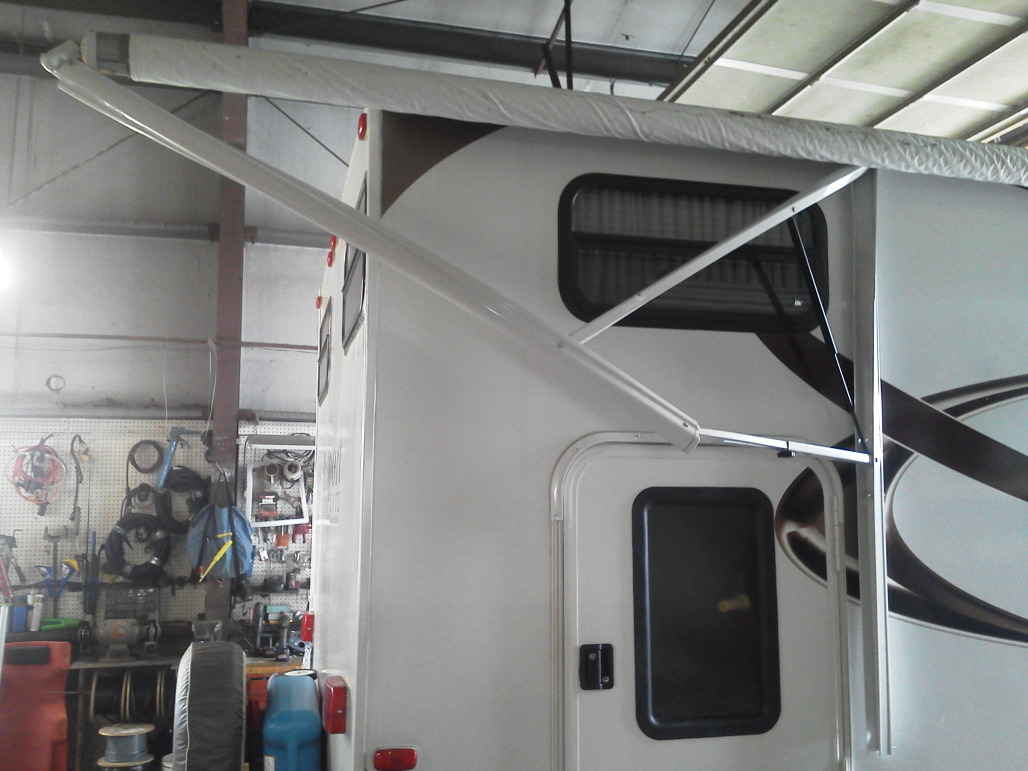 Mishap 2: On our trip South last spring I had a very interesting refueling stop. While pumping gas into the van, two teen girls at the next pump were SMOKING while pumping gas into their car! Needless to say I wanted away from that pump as soon as possible. When we got to our next stop (Croft State Park) I noticed damage to the rear fender and bumper of the camper. Either we got swiped in traffic (Kristin’s first thought) or I clipped the cement pole at the gas station in my haste to get away from the gas pumping, smoking girls. 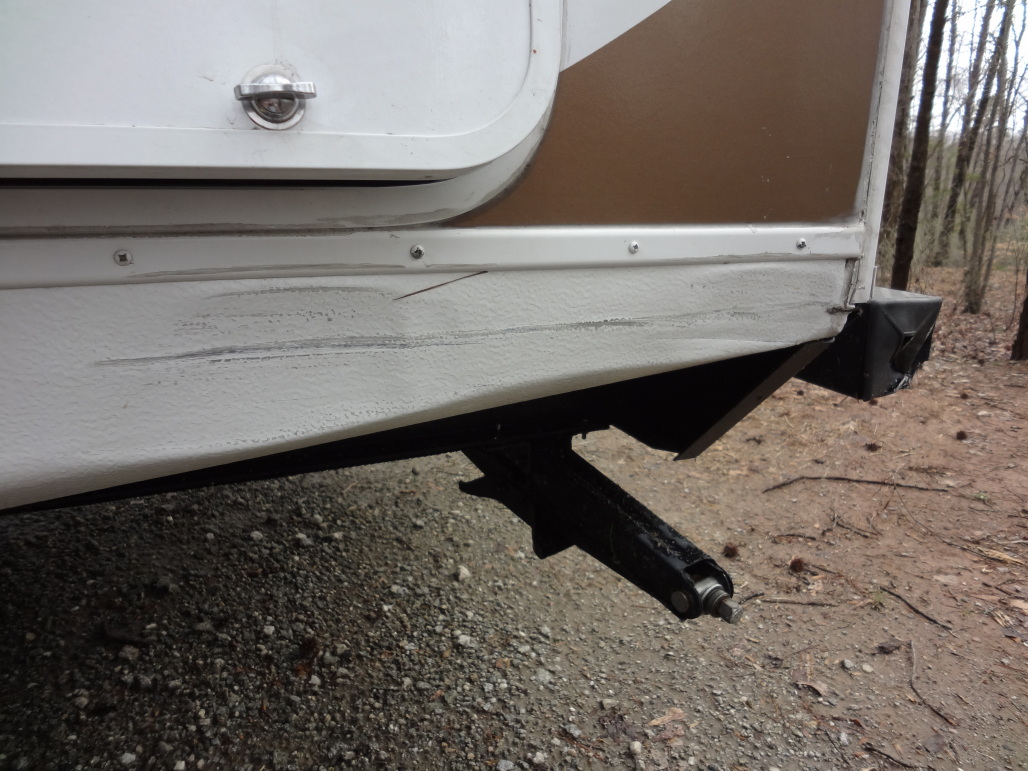 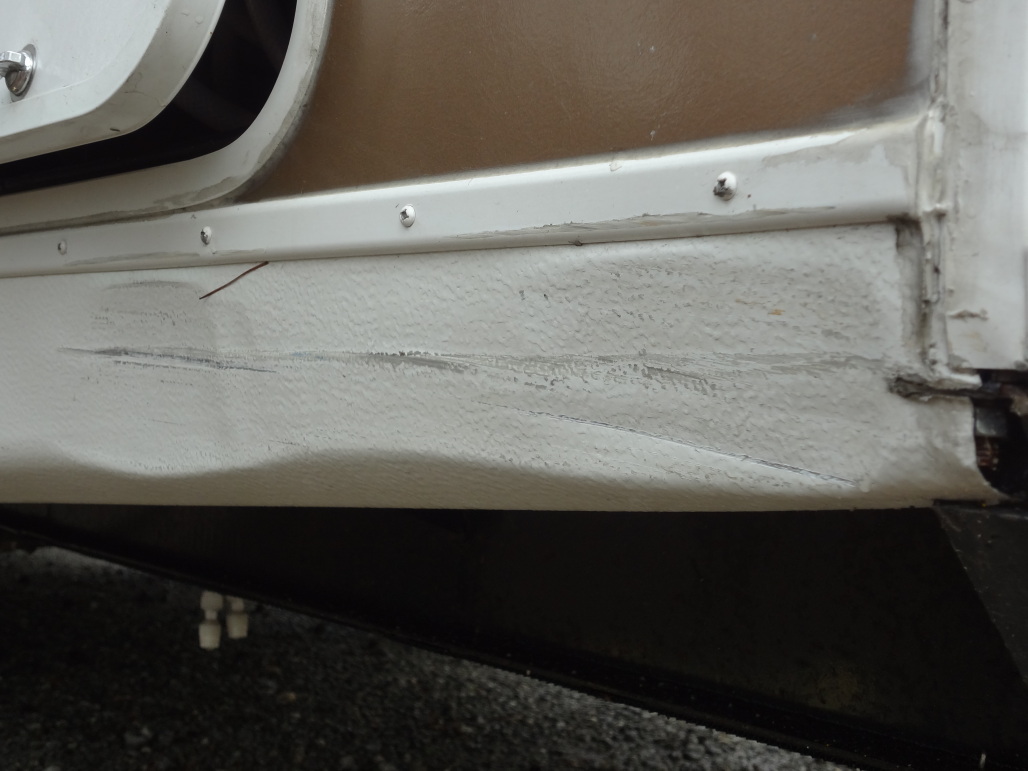 Mishap 3: At one point when finances were tight I found plans to make x-chocks for blocking trailer tires. They were working great at first, until they weren’t. We had just come home from a trip and I had unhooked the camper from the van. I noticed that the camper, which sat on a slight grade next to the garage, was a bit closer to the van than when I initially unhooked it. I told Kristin to pull the van up and no sooner did she do that, the camper rolled three feet forward. In the process it bent both front stabilizer jacks and the tongue jack. We had to call Good Sam (so glad we had the plan!) to send out a wrecking service to hoist the camper up so we could hook it back to the van–and then haul it directly to the camper repair shop. Although it was a frustrating and rattling situation, there were three positive outcomes: 1) No one was hurt; 2) I got a new electric jack; 3) We decided to level the area where the camper is parked … which leads to Mishap 4.

Mishap 4: When I rented equipment to dig out and level the camper parking area, I parked the camper in the side yard. When the project was complete, it was time to move the camper out of the yard and back it up the driveway into its new spot. As I was pulling it down the hill onto the road, I got stuck. Very stuck! The camper was lodged in the dirt and the back end of the van was barely on the ground. Not only did I have to call a tow service to get me out of the yard–after digging out a substantial amount of dirt around the jacks–but I had to replace ALL four stabilizer jacks (which I replaced with larger 30″ jacks). 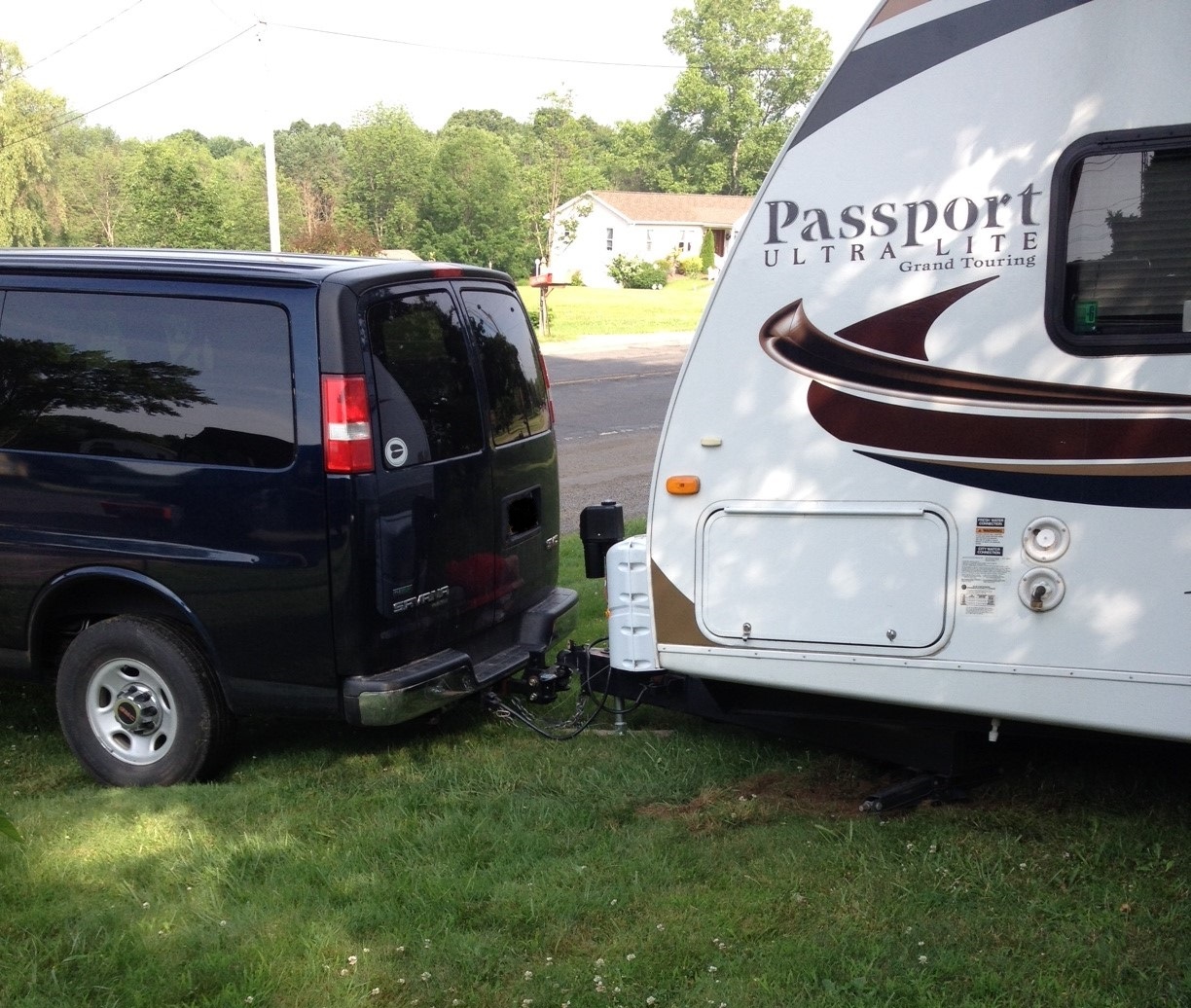 So those are some of the crazy mishaps I have logged over the past few years. (Kristin is tired of saying, “You did what!?”) Do you have any crazy stories to share? You can share below or head over to our Facebook page. Also be sure to check out our Pinterest page where we have a board dedicated to camping safety tips.

For many families making their rounds of the Utah 5 National Parks, a visit to Bryce Canyon is a highly anticipated stop. With its sweeping vistas and spectacular hikes, Bryce offers something for everyone. But with most of the camping options concentrated immediately around Bryce, families that want to escape the crowds and explore Bryce END_OF_DOCUMENT_TOKEN_TO_BE_REPLACED

For many families planning a trip to the Utah region, their itineraries often center on hitting the high points of iconic stops like Grand Canyon, Zion, Bryce, and Arches. Several lesser-known parks are also worth the stop, though, and for families looking for ways to escape the crowds, Cedar Breaks National Monument should be on END_OF_DOCUMENT_TOKEN_TO_BE_REPLACED