The previous owners of our camper were hard on several things, so after we bought it we had to make a few repairs–including to the camper shower curtain. The curtain was completely missing and the track had been partially pulled out of the ceiling. So I went to our local camper dealer to get a new curtain and track and discovered the whole set was rather expensive to replace: I was quoted $50! So that’s when we decided there had to be a more frugal repair option. Someone suggested we just use a tension rod and then purchase a regular shower curtain. Brilliant! 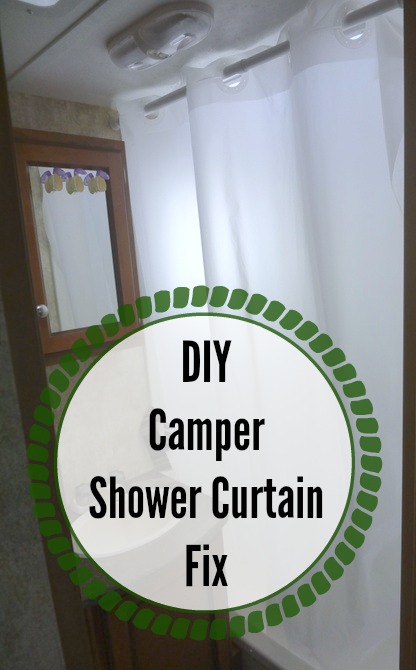 So I purchased a tension shower curtain rod (I measured before buying to make sure the rod was short enough to fit in the space) and a cheap shower curtain. Once I installed the rod I just used a pair of scissors to cut the curtain to fit both the width and length of the shower. Project complete for under $10! Below are a few pictures, which are rather dark because it’s still quite gloomy up here in Pennsylvania–but sunnier days are coming! 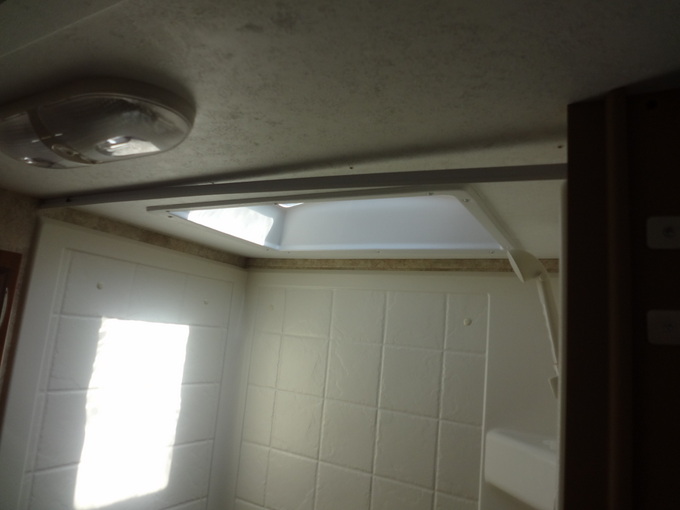 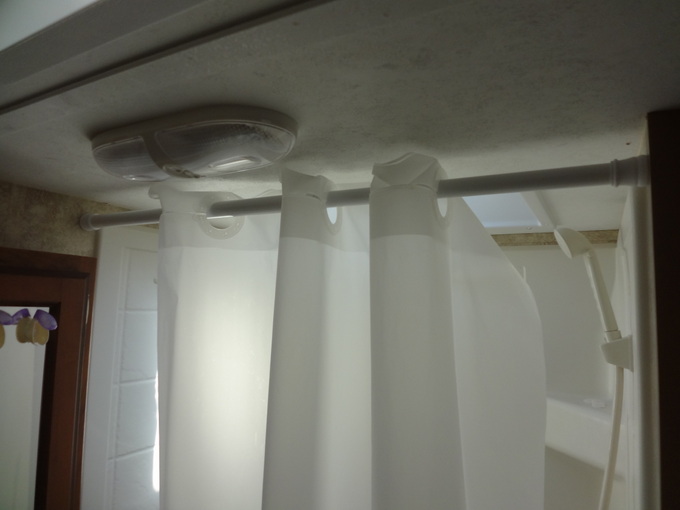 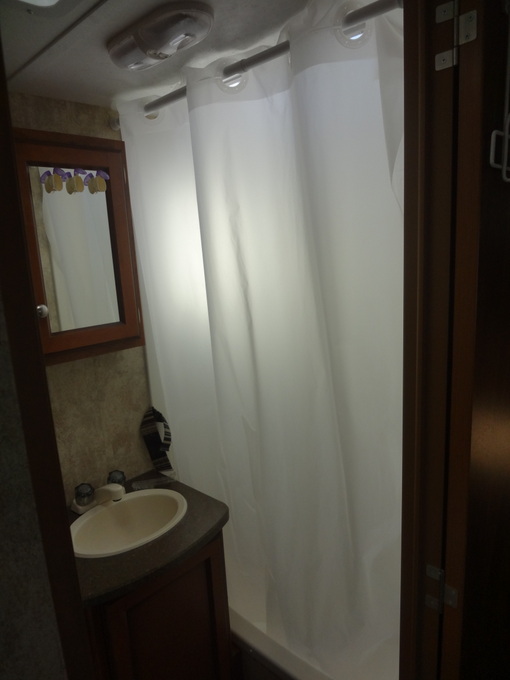 We’ve got a handle on it!
Space Saving Strategies: Shoe Storage

For many families making their rounds of the Utah 5 National Parks, a visit to Bryce Canyon is a highly anticipated stop. With its sweeping vistas and spectacular hikes, Bryce offers something for everyone. But with most of the camping options concentrated immediately around Bryce, families that want to escape the crowds and explore Bryce END_OF_DOCUMENT_TOKEN_TO_BE_REPLACED

For many families planning a trip to the Utah region, their itineraries often center on hitting the high points of iconic stops like Grand Canyon, Zion, Bryce, and Arches. Several lesser-known parks are also worth the stop, though, and for families looking for ways to escape the crowds, Cedar Breaks National Monument should be on END_OF_DOCUMENT_TOKEN_TO_BE_REPLACED